Tiny approves ATV bylaw connecting township with Springwater and beyond

It's a step in the right direction, says Central Ontario ATV Club president
Oct 1, 2020 5:58 AM By: Mehreen Shahid 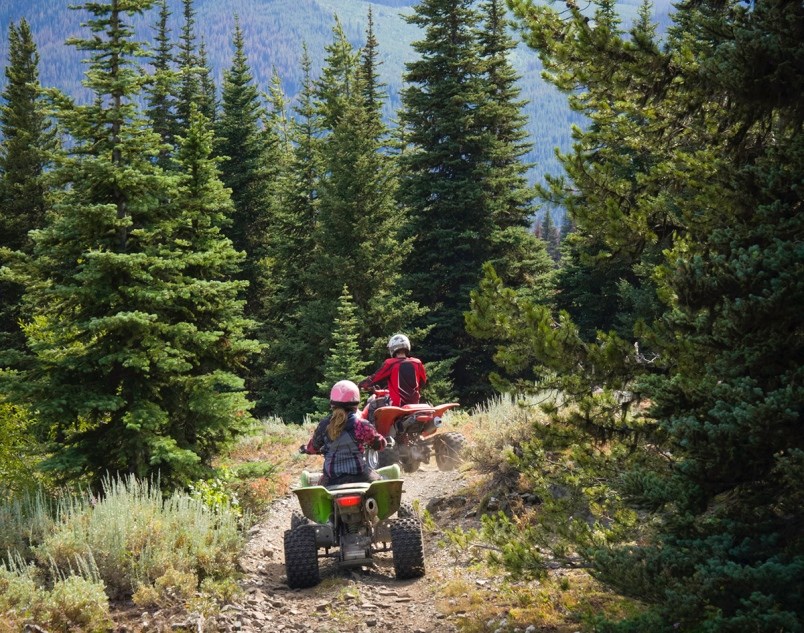 Tiny Township has answered in positive a request made by a provincial ATV club almost a decade ago.

The response came in the form of a trial ATV bylaw that will allow the vehicles to travel by way of pre-determined route through the township.

"It's good," said Alain Pominville, president of the e Central Ontario ATV Club. "It's a step in the right direction. It'll enable us to connect that forest trail to the rest of our trail system."

He added that the club hopes to expand within Tiny if the trial goes without incident.

"It just makes sense to join all the municipalities in the area," said Pominville.

Right now, he said, there are two forests with ATV trails that are isolated.

"The largest one that's isolated is the county forest," said Pominville. "All the other trails are connected to Wasaga Beach and Springwater (Township). We want all trails connected and all municipalities connected together so people can ride their ATVs anywhere and not have to load them in a trailer to get to a forest.

"It's a pretty short bylaw and a pretty short route, but I think it's the right step in the right direction. After this route, people will be able to ride up from Wasaga Beach into Springwater and into Tiny."

The bylaw was presented to council at a recent meeting.

"Recently, the Ontario government made some changes for ATVs, saying they're allowed, unless the municipality says they're not," said Tim Leitch, director of public works. "This bylaw would restrict any ATV use other than on the noted route. From an enforcement standpoint, it will solidify the fact that they're not allowed on unassumed road right-of-ways, parks and municipal lots or on the Tiny Trail route."

He added the bylaw comes with a financial implication of $6,000 for the township to address added road patrols, signage and continued maintenance.

"ATVs ride on the road and not on the shoulder, and you have some money in (the report) for repairs or upgrades, I'm wondering what that's for?" she said.

Leitch said that although ATVs typically do ride on the road, they sometimes move onto the shoulders due to oncoming traffic.

"We just want to go and tidy up some shoulders and make sure there's no wash outs, which is one of the concern we put forward to our road patrol," he said. "They'e supposed to stay as far right as they can, which implies that if the shoulders are big enough, they should be on them and they should be doing about 50% of what the posted speed limit is."

Coun. Tony Mintoff asked if staff would consider including additional documents in the bylaw: a map (Schedule A) and details around the fines to be levied (Schedule B).

Steve Harvey, chief municipal law enforcement officer, said it would be a good idea to include a Schedule A.

"With regards to the Schedule B, that's maybe not a common way of drafting a bylaw," he said. "As you note at the bottom, it says, 'The set fines set out in Schedule B shall be approved by the Chief Justice before coming into force and effect,' that's why a lot of municipalities don't put it in there because then you have to change the bylaw and all the rest.

"I would be less in favour of that because it can become cumbersome later on," Harvey concluded.

Details of the bylaw are available online.