‘I would not even entertain this,’ says councillor. ‘There's no recourse to get repairs done to the trail after it's been used’
Dec 3, 2020 4:59 PM By: Mehreen Shahid 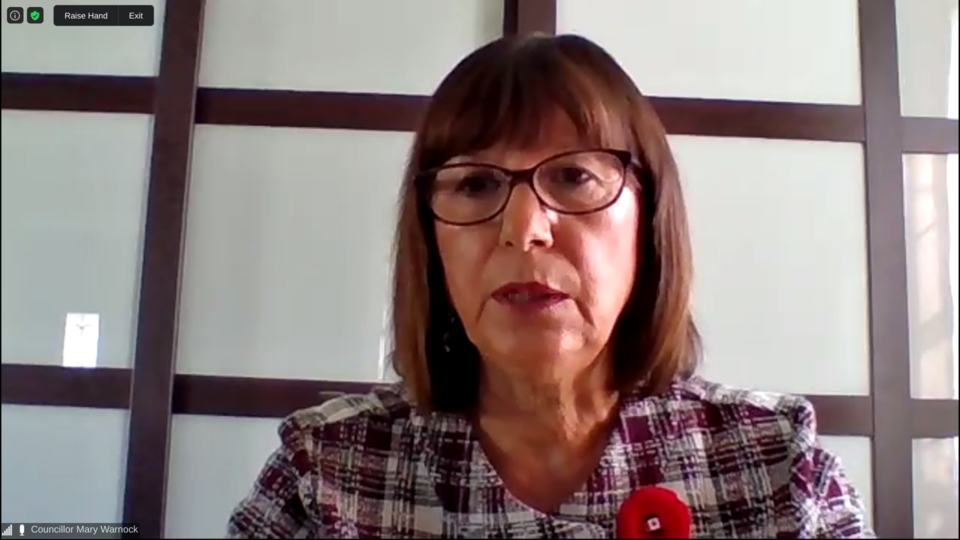 Coun. Mary Warnock led the charge to turn down the request from the Georgian Bay Snowriders. Mehreen Shahid/MidlandToday

A resounding no from council will force Georgian Bay Snowriders to find an alternative for the strip near Port McNicoll.

A couple months ago the club’s agreement was up for renewal. At that time, when the request came to council, the club asked for access to a part of the municipal trail along Highway 12 towards Triple Bay Road.

The agreement was renewed before its Nov. 1 deadline, however, a new request from the club came forward at a later council meeting asking for access to approximately 400m of the TransCanada Trail, just east of Triple  Bay Road.

“Due to recent water level increases from Hog Bay, the ditch parallel to the  highway is incredibly flood sensitive and has become very difficult to maintain,” reads the letter to council. “It also has a new utility line running  through the centre that may become difficult to navigate around.”

But their request wasn’t enough to melt the hearts of council members.

“With me, it's a hard no,” said Coun. Mary Warnock. “I would not even entertain this. There's no recourse to get repairs done to the trail after it's been used and we all know what happened last time they were allowed a little stretch, it got torn up.”

She had support from other council members, too.

“It's not worth the risk for our bikers, our walkers and our roller-bladers,” said Deputy Mayor Gerard LaChapelle. “I'm not in favour of this. We spend a lot of time and money on that trail and I'm not about to let it go at this point.”

Coun. Paul Raymond said he could understand the club’s frustration at having to reimagine a trail on a temporary basis, but he was still against it.

“We all know the damage (that) will happen,” he said. “What are we saying when we allow a motorized vehicle on the trail when we spend so much time trying to prevent motorized vehicles on trails?

“Sorry to the Snowriders, but they have the ability to find alternate routes, I think,” added Raymond.

Council voted to take no further action on the request. The Georgian Bay Snowriders did not respond to a request for comment.