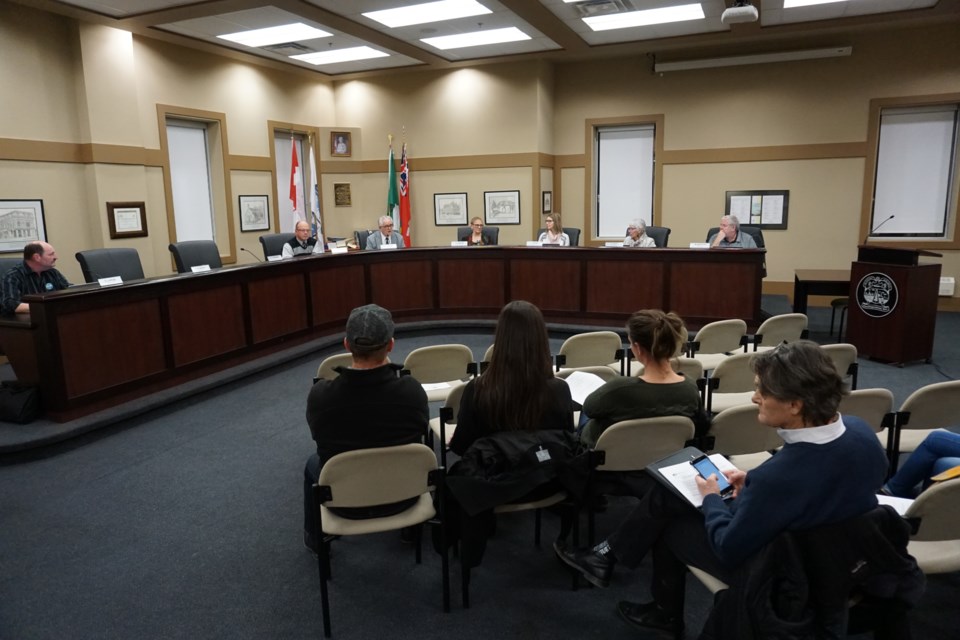 Council directed staff Wednesday to go ahead with a public drop-in and information session around the Community Improvement Plan. Mehreen Shahid/MidlandToday

The local business owner attended Wednesday's council meeting to learn more about what the CIP could bring in the form of incentives for local business and building owners in the main street area.

"We also own the building next to the art studio," she said. "It’s an old building that needs a ton of renovations and it hasn’t really been in the budget to be able to do it. So I’m just kind of seeing how we can make the top of the main street a little bit prettier and what incentives there are to help us do that."

Woods said she, along with business owners, residents, council, and staff, were part of the walkabout led by cosultants last year that prompted the creation of the draft CIP.

"Everybody brainstormed their ideas, and I think the biggest things everybody was saying was to make it all look uniform and more inviting to people, especially tourists," she said. "There were suggestions of maybe having a uniform colour scheme and really just to pretty up the buildings."

Now that council has approved the draft CIP, Andrea Betty, the town's director of planning and community development, said staff will hold a public information session on Wednesday, March 4, at the Penetanguishene Memorial Community Centre.

"It’s to introduce the CIP, what it can do, and what are the seven different incentive programs we’re proposing at this time," she said. "And it talks about what lands are in and which ones are out."

A CIP is prepared under the planning act, said Betty.

The CIP will set out a map of the project area determining which properties are to be included in the plan, said Betty.

"Generally, we’re moving along the path that it will be all the properties along the main street from Thompson Road to Beck Boulevard, with a little bit of the side streets," she said. "Those within the CIP area can apply for the incentives."

Typically, a CIP is spread over 10 years, Betty said, but council has to re-approve it every year, voting to include the grants and loans in the yearly budget, as was done for a similar project once before.

A similar program, called the facade improvement program, was around for 10 years before it was nixed in 2016 by then council, she said.

"They decided it wasn’t meeting their objectives," she said. "It was strictly a grant program and the financial incentive was quite low."

Despite that, Woods said she had participated in the previous program and said it was helpful. That's why she is excited to see what the CIP can bring to the main street.

Betty said the town felt the need for a CIP because, "We recognize that after our main street construction that downtown suffered through those years, so it’s a way to help businesses to get back on their feet and do some more attraction."

Deputy Mayor Anita Dubeau said she is very excited about the CIP.

"It will give council a plan for the future which is extremely important," she said. "We’ve all been very concerned about our main street and business. We need more business and we need to be able to attract residents to come shop downtown Penetanguishene, instead of going elsewhere."

Mayor Doug Leroux added he hoped businesses and building owners will take part in the program.

"We just completely redid the main street, from the water to Thompson Road," he said. "It was (an) over $10-million project and completely took over the area. Through that process, some businesses have closed, because it was difficult for them to remain in business. Others are still there, but they suffered through the process and managed to pull through."

Through the CIP, Leroux said, council is trying to revitalize the main street.

Without a set start date in mind, Betty said, "We’re hoping for it to have in place for June, so applications can start coming in over summer. We’re still working on the administrative side of it. It’s hopefully going to stimulate investment and revitalization of the downtown."

BEYOND LOCAL: Men are buying potentially risky steroid substitutes to get the 'ideal body'
Sep 30, 2020 8:55 PM

Horseshoe-area timeshares may shut down, be put up for sale
Sep 30, 2020 7:29 PM
Comments
We welcome your feedback and encourage you to share your thoughts. We ask that you be respectful of others and their points of view, refrain from personal attacks and stay on topic. To learn about our commenting policies and how we moderate, please read our Community Guidelines.