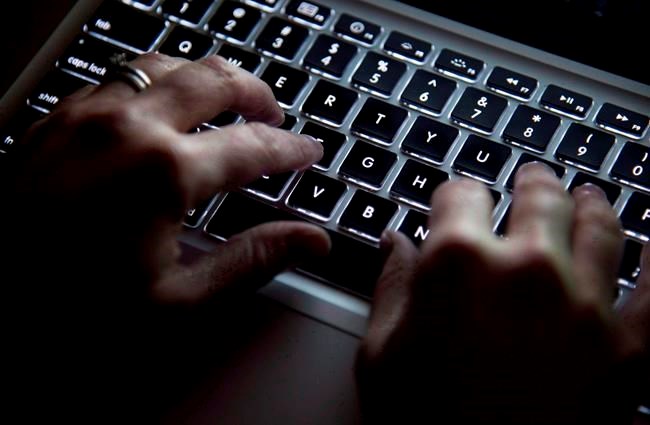 Cybercrime remains an area of concern for the OPP. File photo

There’s one area of local life that hasn’t been affected by COVID-19.

But it’s one area many wish would have taken an indefinite hiatus.

Cybercrime remains alive and well with local residents often targeted through both individual and business-related scams, according to Det. Sgt. Vern Crowley, head of the OPP’s cybercrime investigations team based in Orillia.

“That's a confidence type scam. We've seen a lot of our elderly targeted and large amounts of monies have been paid out," said Crowley, who didn't have any numbers regarding how many local residents have been targeted by cyber-criminals since the pandemic began last March.

"A lot of our people in society are now at home, and they're alone. The romance scam is where you build up the trust. They (the victims) implicitly trust these people. It goes on for awhile and before it eventually gets found out by a family member, these people, who can't afford it, have lost thousands of dollars.”

Crowley is part of a panel studying the issue as part of Midland Cultural Centre’s latest Straight Talk program that’s now available online and entitled 'Cybercrime - A Keystroke Away (Protect yourself and your loved ones from becoming a victim of cyber fraud).'

“Whoever views it will be very well-informed,” Crowley said of the discussion hosted by Doug Maund that also features CARP chief policy officer Bill VanGorder and Sumit Bhatia with Ryerson’s cybersecure catalyst accelerator.

Crowley said police classify something as a cybercrime when it targets computers or the data found in them while cyber-enabled crimes are traditional crimes that are facilitated through the use of technology.

The latter includes a pretty broad field that covers everything from online fraud, the aforementioned romance scam and social engineering that leads to online threatening.

As for cybercrime, that definition includes things like ransomware, which affected the town of Midland a few years back, and forces a business or organization to pay the perpetrator a ransom to re-secure their data.

“Ransomware is still rampant and has a very high level of victimization because it's very sophisticated,” Crowley said. “And not only does it encrypt the data, it steals it and involves the demand of a ransom payment in the form of Bitcoin.”

Part of the issue with cybercrimes, according to Crowley, involves underreporting since businesses or organizations are sometimes hesitant to come forward.

“I think everybody can agree that cybercrime is a problem today,” he stated. “But if I were to ask you the question, well, how big of a problem is it? Well, then that becomes a little more difficult, and it becomes difficult for us as well, because a lot of these crimes are not being reported for various reasons.”

Tthe reasons vary from brand reputation and embarrassment to a fear that if they pay the ransom, they've broken a law, according to Crowley, who noted that to fully battle cybercrime requires a group effort.

“The OPP is not going to be able to solve the cybercrime issue on its own,” he said. “It needs true collaboration amongst our law enforcement partners, academia, government and private industry.”

Part of Crowley’s work involves helping to determine certain system vulnerabilities that are being exploited.

“My job really is to get in front of that,” he said. “We’ve had a lot of municipalities that were attacked. And we started to see a pattern and how they were getting in.”

Crowley said the OPP worked with the Association of Municipalities of Ontario to evaluate best practices and help municipalities shore up the systems they employ.

And there are also some common misconceptions about cybercrime with Crowley noting that many think the perpetrators are only based in other countries.

“We highly believe there are Canadian connections to a lot of these,” he said. “We’re working hard with our law enforcement partners, be they municipal, federal, or even international.

“And we truly believe, and we've had some success, where we've identified some of these players to be actually here in Ontario. So that's what we're really trying to focus on.”

That means that investigators like Crowley must maintain their vigilance to try to stem the tide of a crime happening across the province.

“The funny thing is with cybercrime; it truly doesn't matter the industry,” he said. “It doesn't matter your sex, age, creed or religion. It doesn't discriminate. Cyber criminals do not care.

“At the end of the day, they're interested in extorting money or some sort of social engineering to get valuable information. They'll do it in any way that they can and they use the internet and technology as a tool to do it

“But we've built some pretty good capabilities to pierce that veil.”