Erin Steele says mindfulness plays an important role in today's stressful world; 'I hope this helps give people the ability to connect within themselves'
Feb 12, 2020 11:00 AM By: Andrew Philips 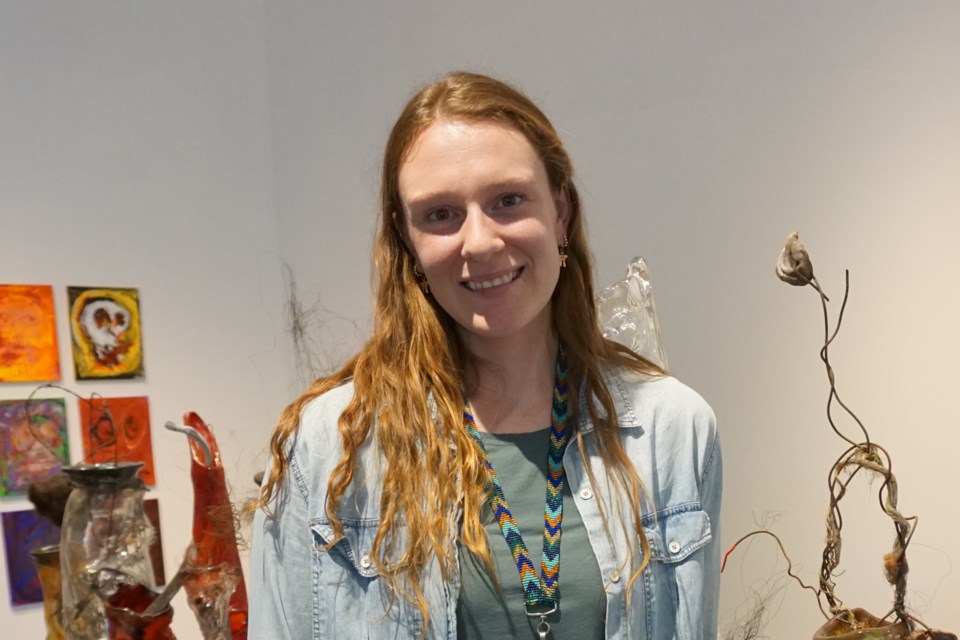 One can definitely picture the clouds.

The fluffy, puffball kind sitting perfectly against a majestic blue sky and even the animated, soothing ones from the Simpsons’ opening montage; they’re all here, high in the sky as one looks up while lying on a warm, white sandy beach.

This is just one of the images effectively created by Erin Steele as she leads a mindful meditation group at Quest Art School + Gallery on a recent chilly winter afternoon.

The Chigamik Community Health Centre registered practical nurse says the key to mindfulness isn’t to ignore negative thoughts, but to let them in and then let them go.

“Imagine each cloud is a thought,” Steele tells about 25 participants, whose eyes remain closed as they listen to her calming voice while new-age music plays softly in the background.

“The trick of mindfulness is to not suppress the thoughts, but let them come and go. Think of the thoughts like clouds. The longer they stay, the darker it gets and the more there is a chance for rain.”

The initial six-week offering, which is being held in conjunction with Quest’s More to It Than Being Blue exhibition, began last Wednesday and continues today from 2 to 3 p.m.

Those attending the inaugural session seemed to appreciate the cloud analogy because as one participant noted: “I think it’s something that you can really feel. You can really relate to a tactile feeling.”

Steele, who works in Chigamik’s health promotion department, says the cloud concept is really all about embracing, yet not dwelling on, a negative moment.

“Try not fixate on them and let the storm pass,” says Steele, who’s also involved with a similar program at Chigamik’s King Street facility.

“We’re all sitting here now, but how many are thinking about what they have to do after this? This is all about living in the moment.”

As an example, participants matched their inhales and exhales with the sound of a gong during a breathing exercise.

All levels are welcome at the free program with participants learning and practising different exercises each week in an accepting, non-judgemental environment.

Themes explored over the following weeks range from learning how to focus on breath and awareness of one’s senses to the power of choice, mindful movement and mindful art interpretation.

“This might be just an hour break from day to day, but it’s important not to let bad thoughts linger,” Steele explains. “Choose to let them go.”

And in today’s world where stress can accompany some from morning to night, Steele says attention to mental health and increasing awareness of one’s state of mind through mindfulness and meditation remains especially important.

“We need more resources for helping with mental health,” says Steele, who hopes to extend the initial trial offering to 12 weeks.

“It’s important to increase awareness. I hope this helps give people the ability to connect within themselves.”

BEYOND LOCAL: The language we choose when we talk about substance use matters
Jan 16, 2021 8:55 PM
Comments