'It's frustrating for me that this is what it takes to stop transfers,' says union president, who believes COVID was brought into facility by inmates transferred to Penetang
Mar 1, 2021 5:00 PM By: Mehreen Shahid 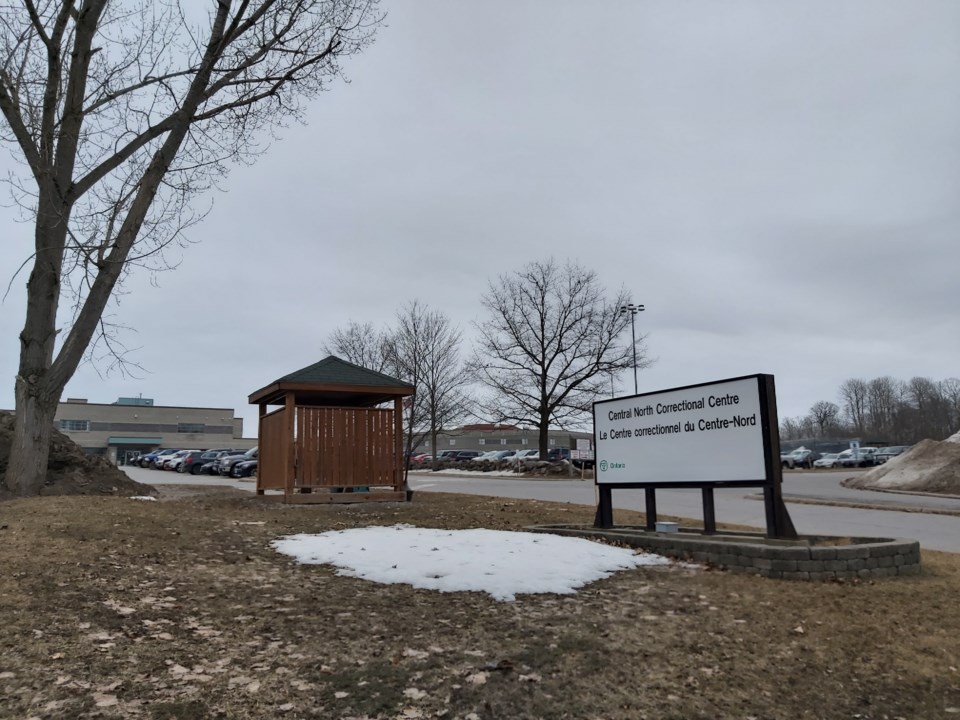 A second COVID-19 outbreak has been declared at Central North Correctional Centre (CNCC) after 14 inmates tested positive for the virus.

Richard Dionne, president of CNCC Local 369 and a corrections officer at the super jail, said he was informed of the situation late Sunday morning, shortly after the public health unit declared the outbreak.

To his knowledge, all 14 inmates are asymptomatic and no staff have come forward with any symptoms. The health unit was conducting voluntary testing for staff members who wanted to have a clean bill of health.

All inmates were part of the same unit and are currently being quarantined in that wing, said Dionne.

As for how the virus made it's way into the institution that currently houses 855 inmates, he said he had not received any official data and could only speculate.

"There were two outbreaks in Toronto and a couple days before those were declared, we got a couple inmates (from there)," he said, adding he could not name the institutes because he was only guessing as to the origin of the outbreak.

A ministry spokesperson could not provide more details about the outbreak's origin.

"Any inmate that tests positive for COVID-19 is placed under droplet precautions and isolated from the rest of the inmate population while they receive appropriate medical care," said an emailed statement from Andrew Morrison, a media relations official with the Ministry of the Solicitor General. "The ministry continues to work with local public health authorities to complete contact tracing, and voluntary testing of inmates is ongoing."

"Protecting the health and safety of correctional services staff and those in provincial custody is the ministry’s top priority," wrote Morrison, who could not say when vaccines will be available for corrections officers and inmates.

"Over the last number of months, the ministry has made important operational changes across all provincial correctional facilities including screening and testing all newly admitted inmates, with their consent, housing all newly admitted inmates in a separate area from the general population for 14 days, masks provided to inmates, if required, providing personal protective equipment for all staff, requiring all staff to wear a mask and appropriate eye protection at all times while at the facility, requiring visitors to wear masks at all times while at the facility, requiring temperature checks for staff and visitors, working with local public health units to test inmates and staff as appropriate, and increased cleaning measures."

However, Dionne said, outside of the enhanced testing and PPE (personal protection equipment), there hasn't been much support from the ministry, especially when it comes to ceasing transfers.

They stop, he said, when an outbreak happens.

"It's frustrating for me that this is what it takes to stop transfers," said Dionne, adding, "We were here at the end of December with an outbreak. To be back in it again a couple months later is frustrating, because staff have been good with their protocols."

He said he understands there are smaller institutions with higher bed count pressure than the CNCC, but this is not only frustrating for the officers, but it's also additional stress for the inmates.

"They're all locked down pending to all of this clearing up," said Dionne.

He said lockdown orders are in contradiction with the ministry's orders that inmates be given a certain amount of time outside their cells every day.

"That increases risk to staff," he said. "I understand they're stressed out and concerned and need to make phone calls, but at the end of the day if proper cleaning isn't occurring in between day rooms, the numbers just increase."