LETTER: Do local MPPs support seniors in homes or shareholders?

Lobbyists for long-term care homes have had more influence over government decisions than have our dying seniors, laments letter writer
Jan 2, 2021 6:30 PM By: Letter to the Editor 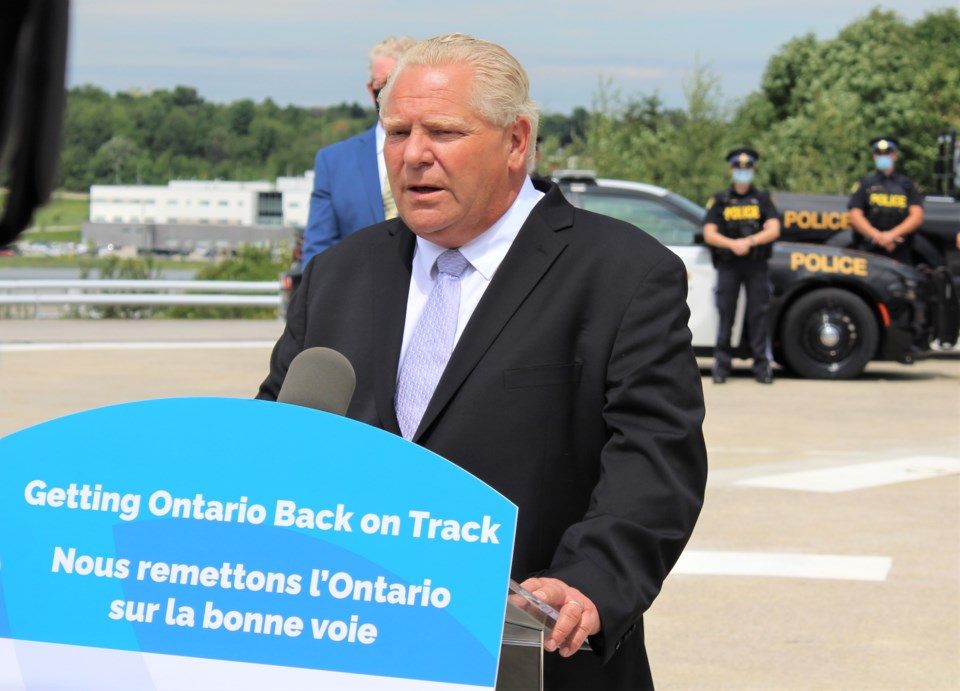 MidlandToday welcomes letters to the editor. This letter is related to long-term care homes in Ontario. Send your letters to andrew@midlandtoday.ca

We have been sitting in our comfy dens while conditions for caregivers and essential workers reach a point of disgrace. We make empty gestures on social media and applaud the work of the PSWs and nurses and service workers, then ignore their pleas for change.

We make complaints about the care of our parents in long-term care (LTC) but continue to vote for those who fail to make clear and obvious changes.

Since my last tome on this subject, the deaths in LTC have grown like mould in an untreated basement.

The strain on low-wage, precarious workers increases as profits rise among the employers. The failure is twofold. Provincial policy and budgeting have tightened the reins on payments and shareholders have demanded profit over humane care.

We believed Premier Ford when he said providers who are lax in their care would be punished. I remember him saying this immediately following the Canada Forces reports – or was I hearing things?

“I will move heaven and earth to do what is right, to help these people, to help those who need us. That is our job,” – Doug Ford, May 26

Multiple governments have failed to address the reorganization and inspection of LTC facilities in Ontario.

Cost-cutting and “efficiencies” at the provincial level have continued, despite pleas from the health-care community and the workers on the line. The long waiting lists to get into LTC have been political fodder over several elections, yet nothing has been done to either increase capacity or improve quality of care. This should be criminal culpability.

Lobbyists for LTC have had more influence over government decisions than have our dying seniors.

Despite the Canada Forces report, and despite Doug Ford’s pledge to “rein in the offenders”, the PCs pushed through Bill 218. This bill removes liability for LTC operators for deaths resulting from actions or inactions. This, despite long-standing conditions that sickened the Canada Forces volunteers who experienced them.

It absolves past governments of any culpability in the decades-long erosion of regulations and standards in LTC. It allows for-profit LTC operators to walk free of any pandemic responsibility and their shareholders to continue receiving dividend payouts, even as the public treasury bails out these same private corporations. It is essentially a pre-emptive pardon.

At the risk of losing their status within the PC Caucus, and with lasting detriment to their personal integrity, (local MPPs) Jill Dunlop, Andrea Kahnjin, Doug Downey, and the rest of the PC members of Doug Ford’s cheering section voted to support Bill 218 in its entirety. This is not leadership – this is pandering.

Recently, it was (reported) that private LTC corporations paid over $150 million in dividends to their shareholders this past year, despite placing claims on the government and receiving millions for pandemic relief.

The absence of our elected leaders during this pandemic speaks volumes about their concern for the average citizen. Where have you been?

Have you visited seniors, PSWs, care workers, hospitals – other than for a photo op with party propaganda?

Have you spoken with teachers who are trying to meet your government’s vacillating rules? Have you made ANY mention of how hard it is for people to stay isolated, for essential workers to wear masks all day, for kids to stay away from their friends?

No. You have simply toed the party line and read off mimeographed publicity statements. This gives you the appearance of having no personal thoughts, original ideas, or integrity.

Your constituents want to know who you really are – who you really represent. Do you support the elders in LTC or the shareholders for whom your former aides and party members work?

Are you caring leaders, or have you become political sycophants? How you have handled yourself during the pandemic will be the measure you answer for in 2022.

More Letters to the Editor

LETTER: Assumption that institutions are best for elderly is false
Apr 11, 2021 11:52 AM
Comments