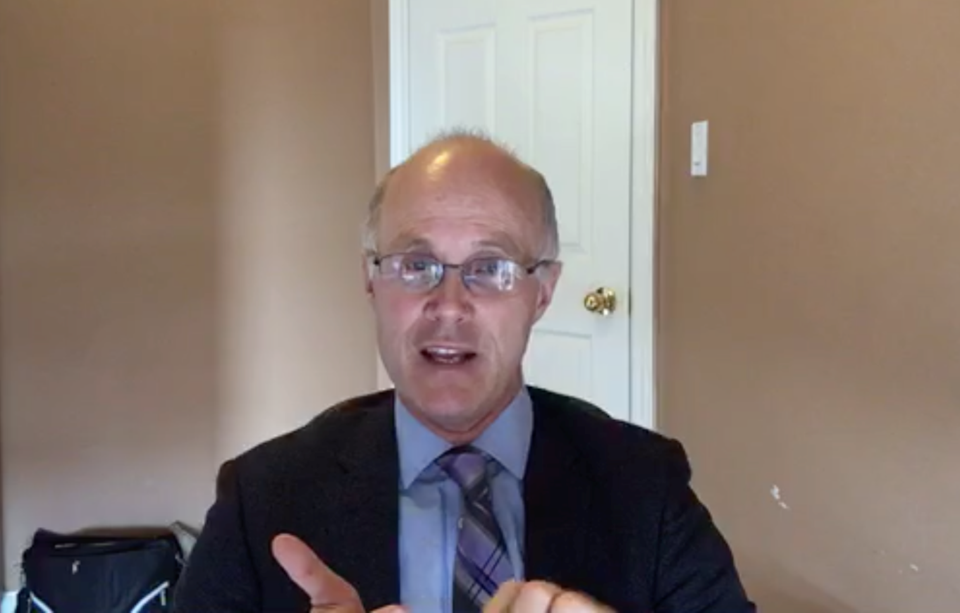 The region’s medical officer of health is suggesting municipalities prevent people whose primary residence is within a red or locked-down zone from using local recreation facilities.

Dr. Charles Gardner, medical officer of health for the Simcoe Muskoka District Health Unit, said he is sending a letter to municipalities today with his recommendation.

“I am providing that advice, but it’s up to the municipalities for how they will implement it,” said Gardner.

In the letter he notes the health unit conducted a legal review and learned municipalities “have the authority … to limit the admission of persons on [their] property.”

“Given reports that I have received recently of increased visitation to restaurants, bars, and other establishments in our communities by individuals from the red/control and the grey/lockdown zones, and the provincial advice for travel from such areas to be restricted, to be for essential purposes only, I am presently considering additional measures that I may take to address this risk,” noted Gardner in the letter.

During a media briefing today, the doctor said he would also support any business in the region that decided to implement a policy to deny service to residents of the red or grey zones.

Currently, the nearby areas of York Region, Peel, and Toronto are in red restrictions or are locked down by the province.

Simcoe-Muskoka Region is in the orange zone.

“Travel for work or social purposes into the GTA has been a major driver [of cases in the region],” said Gardner.

He said he would go as far as “recommending” businesses adopt a policy to only serve customers from orange zones or lower.

“I would imagine that a very large portion of their business would actually be from the GTA,” said Gardner. “The province’s official advice is that residents from grey and red areas not travel ... Recreational skiing, while a pleasure … is not essential.”

He said he didn’t expect the province to make an order for businesses to deny service to residents from regions with higher COVID restrictions.

“I do not believe that Ontarians … that the government is inclined that way,” said Gardner. “It’s not a straightforward thing … it’s tough, and I think it’s going to be a hard thing to stop.”

Gardner also recommended residents in Simcoe-Muskoka not travel to regions that are under yellow or green restrictions except for essential purposes such as work, school, or medical appointments.

“It’s wise you not go into higher levels, and the same with going into a lower level,” said Gardner.

Today Gardner issued a special statement to the public reminding them to limit close contact to only the people they already live with and to adhere to provincial rules such as face covering requirements, physical distancing, and public and private gatherings.

He suggested if you are travelling to another province you should be self-isolating or drastically reducing close contact with others for 10-14 days both before you leave the province and after you return.