WORLD: As U.S. boils over, Trudeau says systemic racism in Canada must be addressed

Trudeau says many don't see this bias but it is a reality for visible minorities in Canada
Jun 2, 2020 3:57 PM By: Canadian Press 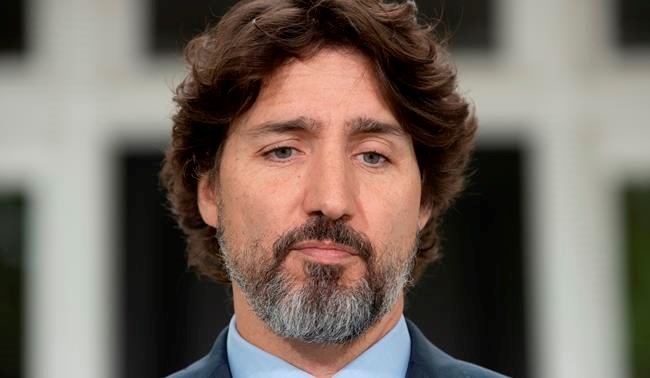 OTTAWA — As long-standing anger about discrimination boils over in the United States, Prime Minister Justin Trudeau says Canadians must recognize there is systemic racism in their own country.

Speaking during his daily news conference in Ottawa, Trudeau says many don't see this bias but it is a reality for visible minorities in Canada.

Trudeau was asked about the protests in the U.S. and President Donald Trump's talk of deploying the military to stop unrest.

He paused a full 20 seconds, lips pursed, jaw working, before saying that despite watching the United States with "horror and consternation," Canadians must be aware of the challenges facing black Canadians and other minorities and take steps to address them.

"But it is a time for us as Canadians to recognize that we too have our challenges, that black Canadians and racialized Canadians face discrimination as a lived reality every single day.

"There is systemic discrimination in Canada, which means our systems treat Canadians of colour, Canadians who are racialized, differently than they do others."

The comments follow days of protests and violence in many U.S. cities after a video showed police in Minneapolis killing a black man, George Floyd, fanning the flames of fury over racism in the States.

A police officer knelt on Floyd's neck for nearly nine minutes while he pleaded that he couldn't breathe.

This report by The Canadian Press was first published June 2, 2020.

CANADA: WE details thousands in fees for Trudeaus as volunteers await revamped program
Jul 10, 2020 6:17 AM

ONTARIO: Ford government introduces omnibus COVID-19 recovery bill that changes 20 laws
Jul 9, 2020 8:55 PM
Comments
We welcome your feedback and encourage you to share your thoughts. We ask that you be respectful of others and their points of view, refrain from personal attacks and stay on topic. To learn about our commenting policies and how we moderate, please read our Community Guidelines.