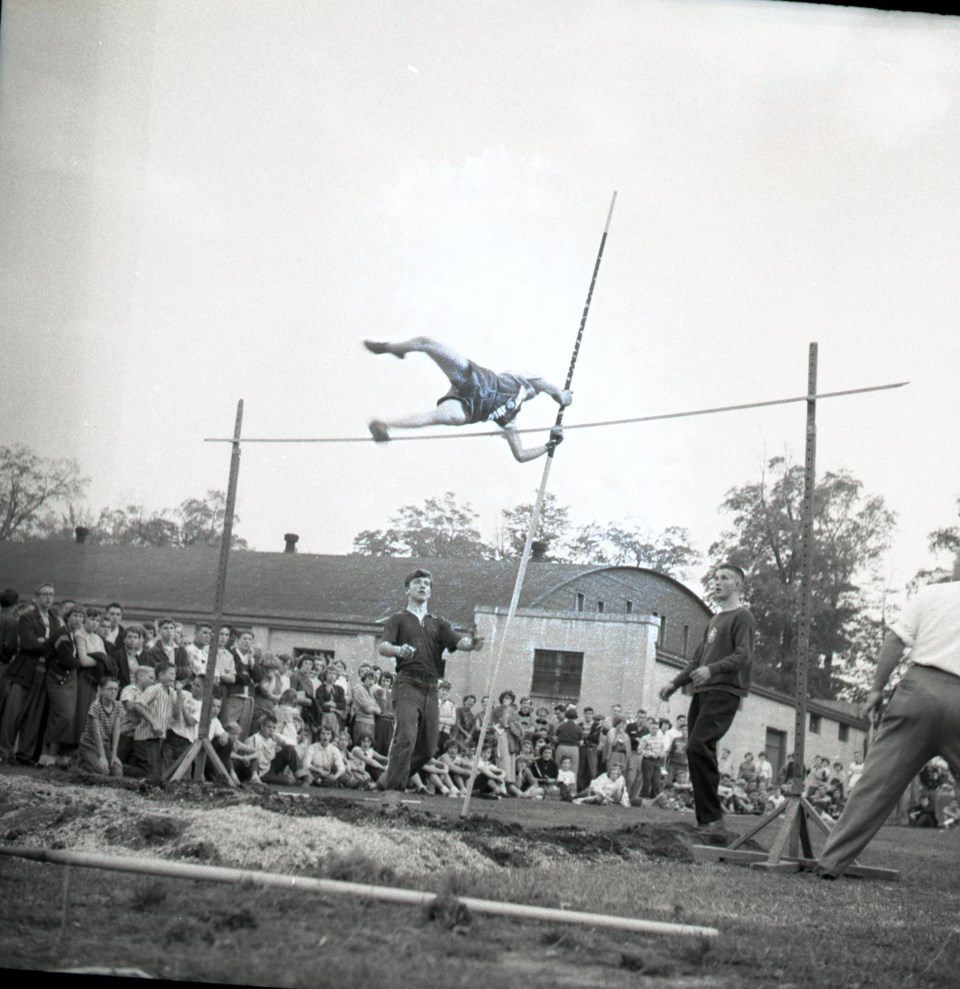 The holidays are the best time to look back at those gatherings which have brought us together, to share our joy and our laughter, and to reminisce of times gone by.

X-ray scans, torrential downpours and a swarm of fans who ruined a race were among the laughably destructive factors which happened inside of the annual intercollegiate competitions known as the Tudhope Cup back in the early 20th Century.

Organized by prominent Orillia judge Melville Brockett Tudhope for the 1920 school year, the Tudhope Cup was an October track-and-field meet hosted by Orillia in its inauguration and included students from the Orillia, Barrie and Lindsay Collegiate Institutes. Midland High School would join shortly thereafter.
The trophy itself was described in a Oct. 22, 1922 Barrie Examiner article as “a handsome bit of silverware emblematic of the northern intercollegiate championship in athletics."

There is little historic documentation for the events and winners of those first two competitions of 1920 and 1921. Lindsay took first place for the Cup for 1920 and Barrie won in 1921. By 1922, however, archives show that newspapers were reporting the strangeness of the annual event.

“The four schools competing for the M. B. Tudhope Cup found themselves up against unfavourable conditions at the start when a light rain began to drizzle about two o’clock, but this was nothing to the downpour that came later," the Barrie Examiner noted in 1922.

Only five of the nine events could be played before the torrential conditions cancelled the event.

Barrie Collegiate Institute was so dominant in their 100- and 440-yard run victories that officials predicted Barrie would continue to sweep the remaining four events to a degree that no other school could catch up.

Said the Northern Advance newspaper [Oct 1922], “accordingly the meet was declared off, and the Barrie team awarded the championship.”

Weather also affected the 1923 Tudhope Cup when Midland took top glory, but not as much as the autumn’s dying light.
“Rain began to fall shortly after four o’clock and some of the events were pulled off under considerable difficulties," the Barrie Examiner noted.

"Darkness came down before the sports were finished, and the head-lights of motor cars were used to illuminate the grounds for the wind-up. One event, the relay race, was not pulled off, owing to the darkness. As it was, the hop, step and jump was done in the dark with the aid of headlights from cars. The meet, scheduled to start at 1.30, did not get under way until between 2.30 and 3 o’clock.”

For the 1924 event, the 5 o’clock sunset meant that darkness descended once again. Orillia won that championship, but not without two incredible incidents.
“The (senior mile) race was won (by Orillia Collegiate Institute) in semi-darkness and it was difficult for the runners to see obstacles on the course," The Examiner said.

"Spectators flooded the track in an attempt to see through the darkness, obscuring the finish line and colliding with the Midland and Barrie runners before they reached the goal.”

Second-place Midland High School “collapsed before crossing the tape and (the Barrie runner), thinking he had finished, did likewise, thus allowing (the Lindsay runner), who was running fourth, to cross the tape and win second place.”

With all of that happening in the 1924 event, it was further reported that “the pole vault was, perhaps, the most interesting event of the day.”

Orillia’s pole vaulter was injured and taken to the hospital during his event and "it was at first feared that his spine was injured, but an X-Ray examination showed that this was not so.

“He had the misfortune to tear the muscles and ligaments in his hip in the pole vaults, but is reported to be doing nicely," the Northern Advance noted.

In 1925, the Lindsay runner for the 100-yard sprint “lost his shoe at the start but gamely finished the race taking second place. No tape was used and many on-lookers thought he won the event," according to The Advance.”

In 1926, Lindsay Collegiate Institute stopped attending the Tudhope Cup, and although Collingwood was invited that year as well, they too declined without having made an appearance. Special and almost incredulous mention was made in The Advance that “ideal weather (was) obtained and the meet was run off in a systematic manner under perfect conditions.”

The Tudhope Cup’s early years were full of celebration, chaos, mystery and haphazard circumstances. Accolades were lauded and the trophy was displayed with pride.

In the book History of The Barrie Collegiate Institute 1843-1943, the following summary was given regarding the sporting event's pure intention.

“Judge M. B. Tudhope of Orillia did a great public service to this district by the donation of his cup, for these meets have been a great incentive to boys to train for various events, and have been of great value not only in developing the boys physically but also in creating school spirit and inter school fellowship and goodwill.”
Our young athletes — both men and women alike — attended these annual events throughout Simcoe County, and quickly understood the hardships that the unknown and unexpected would also throw at them.

They were truly brave, battling each other as well as the indifferent fury of nature itself. In that regard, the students of Orillia, Barrie, Lindsay and Midland were all heroic winners. Every last one.

(-with assistance from the Huronia Museum Collections Department, the Barrie Public Library, the Orillia Museum of Art & History and the Simcoe County Archives)