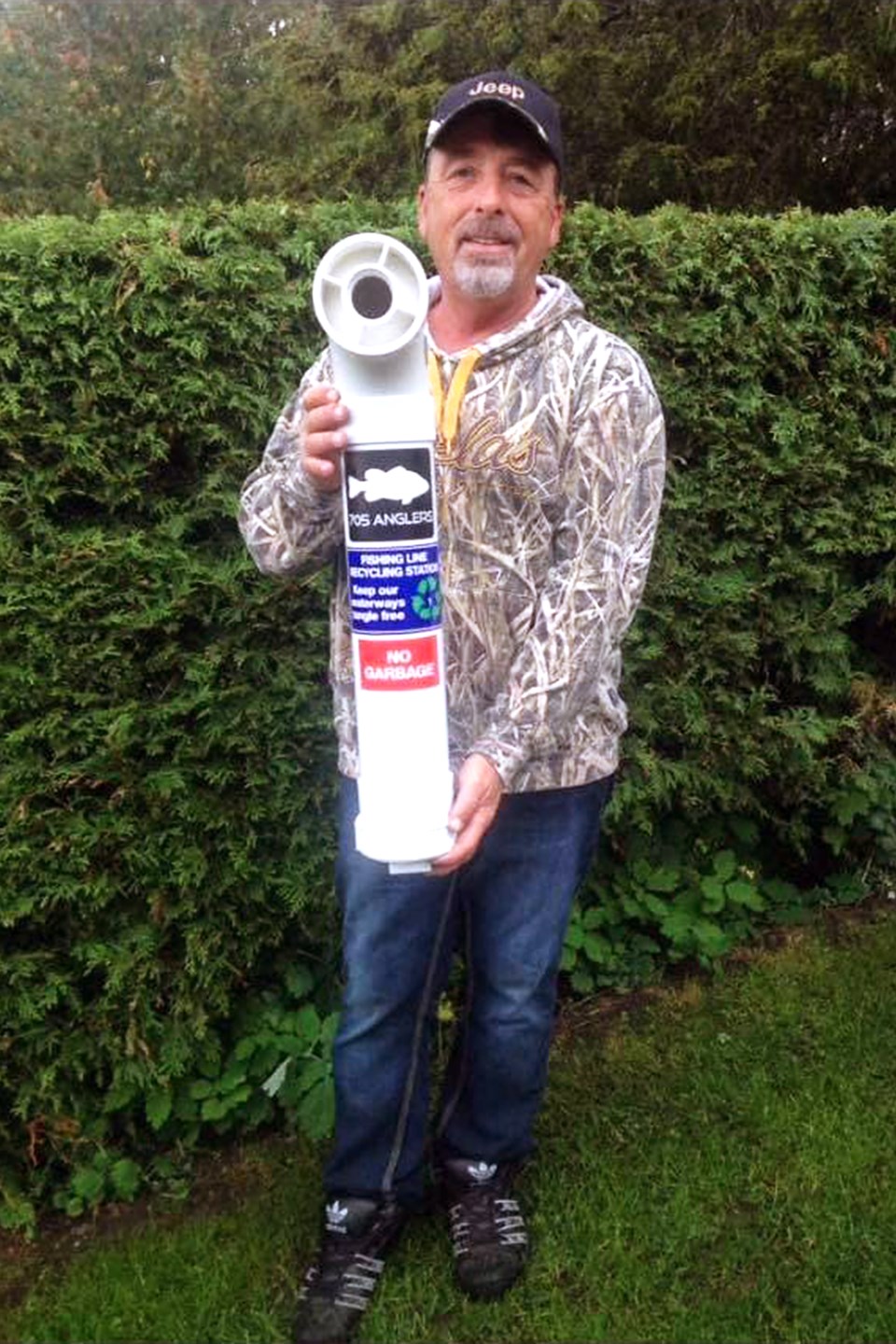 Fishing is one of humanity’s oldest activities.

On this planet where nearly three-quarters of the surface is water, sea creatures have been a shared part of our species’ identity from our earliest days. It makes sense then that we would want to maintain a healthy promotion of our aquatic brethren, to better their lives so that we can better ours.
“My father introduced me into the sport of fishing and conservation,” said Glen Cascagnette, a 59-year-old Midland resident. “If we threw paper on the ground or in the water, a stern lecture soon followed.

“Fishing with my father was a little different from today; in those days, we did not need a fishing licence nor did we have catch limits. But my father made sure we only took enough fish home for a meal.
“Once I got to about 10-years-old, I was allowed to fish without my father as long as I wore a life jacket. I was allowed to fish down at the old Grew Boats' manufacturing docks, Penetang town docks and the shoreline, which they now call Beck Blvd.”

In 1984 and at age 22, Cascagnette was asked to join a team of fishing guides in Great Bear Lake, NWT.

“This is where I was introduced to a great fisheries of conservation slot sizes, catch limits, barbless hooks, and only artificial baits,” he explained. “When I got back to Georgian Bay (in 1988), I decided to challenge myself to only use artificial baits, and how and when to present them; I no longer use live bait.”
Cascagnette’s conservation-minded perspective took hold not just to the water, but to the ground as well.
“I also noticed a lot of garbage along the shorelines, which included fishing line. So I would be constantly picking up garbage and fishing line.”
According to the Clear Your Gear website, improperly discarded fishing line can last in the environment for up to 600 years, and is the leading cause of entanglement issues for people, property, and wildlife.

Upon his return to the area, Cascagnette attended Georgian College to study Marine and Small Engine Mechanics, working in that field until pursuing a career with Raytheon Elcan Optical Technologies, where he works to this day.
“I did some research,” said Cascagnette, “and found out that a guy from the Barrie-area, Matt Monkman, started an internet site called 705 Anglers, which was geared to fishing and conservation of the fisheries, and noticed that he was inheriting an American idea of fishing-line recycle stations… introducing them to the Barrie and surrounding area.”

The company Cascagnette referred to is Berkley Canada, a fishing-line manufacturer affiliated with the Berkley Conservation Institute.

Since 1990, roughly 14.5 million kilometres of donated fishing line from over 17,000 recycling collection bins have been re-purposed into environmentally-conscious plastic products, which primarily include fish habitats for wildlife and plant growth.

In 2017, several proposals were put forward to municipalities all across the Simcoe and Muskoka regions by 705 Anglers Club representatives, pitching the installation of monofilament recycling containers at prominent fishing locations, docks and launches along those waterfronts. The containers, typically constructed of PVC, were supplied to the municipalities at no cost thanks to Monkman.

Cascagnette contacted Monkman to receive six of the receptacles.

"Both (Penetang and Midland) accepted my proposals and agreed to install three units each in specific locations: town dock, town boat launch, and town waterfront park.
“I then collected the fishing line from each unit, bi-weekly, for the last four years. And I was totally shocked that I was collecting far more fishing line from the Midland stations than the Penetang stations,” he exclaimed, guessing at an unexplained difference of 90 percent between the two towns.

The three Penetanguishene recycling units have since been transferred and installed in Tay Township as part of a pilot project.

Once a full year’s worth of fishing line, an estimated five pounds of line per season, has been accrued within the recycling stations, Cascagnette sends the donations in bulk to Berkley Canada.
“When I did my research of fishing line,” Cascagnette recalled, “I was brought to pictures of wildlife, from turtles to birds, killed by entanglement in those lines. So I thought I could do something locally.

“The gateway to Georgian Bay is such a beautiful area. This is one way to help keep it beautiful — safe for reptiles and birds — and recycle our wastes into everyday products. It’s a win-win for our generation, and generations to come.”
Not just for our human generations either. There are aquatic species which owe an extension of life to Cascagnette’s efforts as well.

Taken as a whole, it’s a win-win for our planet, and it shows that just one person absolutely can make a difference.