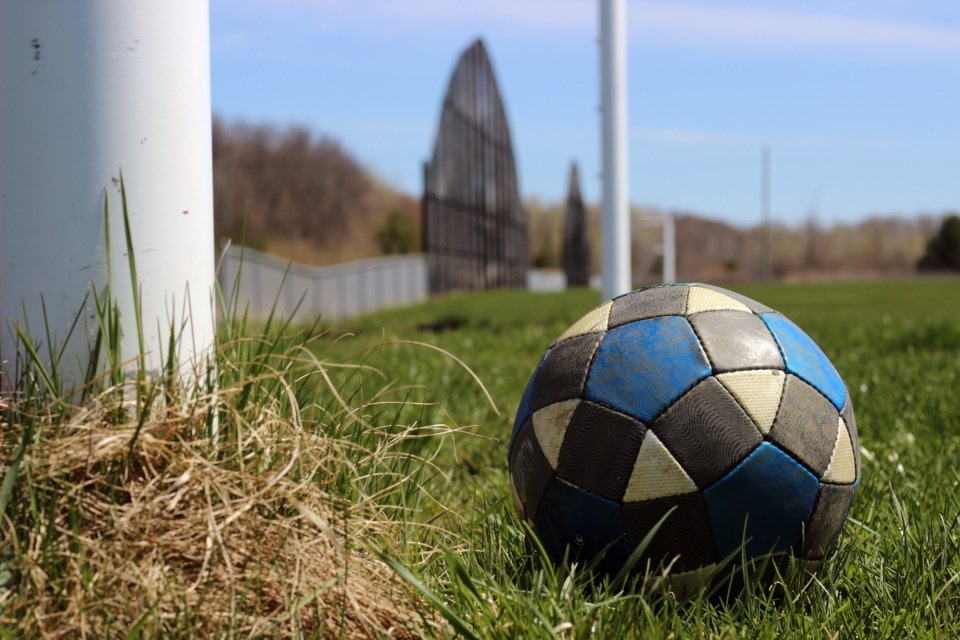 With empty pitches and no time-frame for starting back up, the North Simcoe Soccer Club has joined many other sports in this safe waiting period. Derek Howard photo

While already cancelling its house league spring season, the North Simcoe Soccer Club is now eagerly watching whether its rep league will also get the boot.

"This is uncharted territory; we have no idea how long this is going to go on for,”says club president Dean Malott. "Obviously the Ontario government and Ontario Soccer has to okay it.

"First thing— I’m not speaking as the president of the club, but as a parent of kids who play soccer— I’d want to know that the schools are going back in in the fall. Until that’s authorized, I won’t put my boys back into anything I don’t feel is safe."

Vice president Chris Prete continues: “As Dean said, we are governed through Ontario Soccer and we also work through the Huronia District Soccer Association so we follow their lead. We also follow the lead of the schools; if the schools aren’t open, we’re not going to be open.”

According to a release last month on the OntarioSoccer.net website, "all sanctioned in-person soccer events and activities for the month of May have been cancelled or postponed."

And in an ongoing effort to keep motivations high within the national soccer community, Canada Soccer has launched the Canada Soccer Nation Inside platform to unite everyone on-pitch and off through unique online content and public health messages.
“I believe in team building; I believe in what that brings to your attributes later in life," Malott says. "As you’re associated with other people, you mix easier if you’ve been involved in teams. I always found that a strong skill to have (and) as an employer, I looked for that when I was hiring.

Membership for NSSC players range between ages three and 16 over various leagues with a fee of $70 for the two months.

However, Malott insists that cost isn’t a factor.

“The nice thing about soccer, it’s a very economically-friendly sport to start your kids off in. We would never turn down a kid, we would find a way for everyone,” says Malott.

That includes community sponsorships from Canadian Tire’s Jumpstart program, Tim Hortons, We Are The Villagers, Weed Man, and DemTech Services.

“There’s also children coming in through Children’s Aid,” adds Prete.
Finding the means to exercise and keep in shape is difficult during this lockdown, but Malott recommends diligence with a touch of ingenuity for staying on top.

“The main thing is to get foot to ball. Practice your skills, whether it’s dribbling, shooting on a net or shooting against a fence, if you can set up some hats or gloves… there’s all sorts of exercises you can do that way.

"I know as a parent, we’re looking forward to sending the kids outside to do stuff like that."

Prete adds that parents wanting to encourage players can do so by taking coaching and refereeing courses online via the Ontario Soccer website.

“One of the things we have been trying to encourage within our membership is moving up within soccer,” says Prete. “Once these proximity issues get dealt with, there are classes you can take again in person. (Ontario Soccer is) really focused on inspiring the love of sport within children and once you get to the age where the children start to specialize in the sport, then there’s focusing on that specialty.

"A big focus on what we’re trying to do is inspire people to get involved with soccer. We want children to develop a love for this sport, and depending on who you’re talking to within our organization, we’re looking for the next David Beckham."