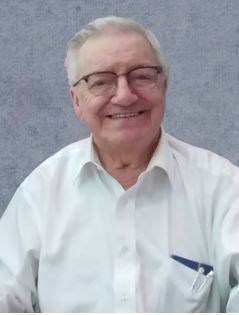 With sadness we share the passing of Terence (Terry) Richardson at the Villa Care Centre on January 11, 2021 at the age of 84.

Leaving behind the love of his life and wife of 60 years Jean (nee Kingsnorth).  Dear father to Andrew (Gayle), Marie and Julie Bidan (Chris).  Grandfather to Corey, Meagan (Wayne), Kyle (Megan), Katrina and Samantha, and great-grandfather to Jack and Oaklynn.  Lovingly remembered by his sister Margaret Nelson (Eric), and his half-sisters Delphyne Davies (Melville) and Tulie, as well as many nieces and nephews.

Terry was born in Blackpool, England on March 11, 1936 and came to Canada in 1957 to be best man at the wedding of his dear friend Mark Howarth.  After first living in Toronto and then Hamilton, he became well-known as the Gray Coach driver based in Penetanguishene.  When Gray Coach ended their service, he became a manager for Ontario Northland for the last few years before his retirement.

The family would like to thank the nurses and PSW’s at the Villa Care Centre for their care of Terry.

A service will be held at a later date.

There are no items to show.