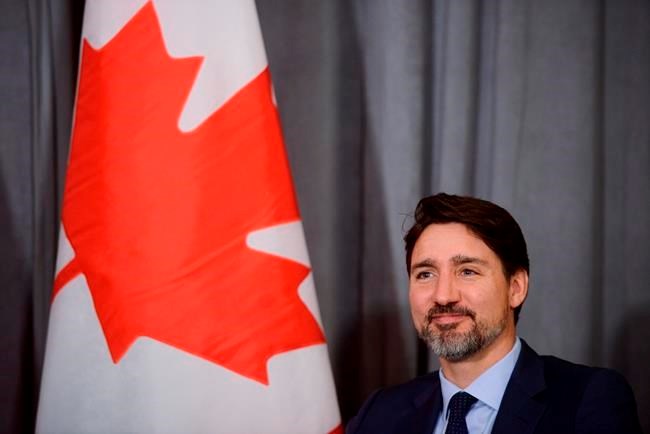 Five weeks after 176 people were killed, including 57 Canadians, when Iran's military launched two missiles at a Ukrainian jetliner, Trudeau said he is working with the Netherlands and other partners to implement several recommendations to make the world safer for people to fly.

"The Netherlands, along with 10 other countries, was struck by a tragedy all too similar six years ago when Malaysia Airlines Flight 17 was shot down," Trudeau said in a speech at the Munich Security Conference.

"While the loss of life is heartbreaking, the fact that this could happen more than once is appalling."

There were 298 people killed in July 2014 when the Malaysian airplane was brought down by a surface-to-air missile fired from a pro-Russian, separatist-controlled territory in Ukraine. Two-thirds of the victims were Dutch nationals. There was one Canadian on board.

Trudeau said one of his first calls after the Ukrainian airlines tragedy, was to Dutch Prime Minister Mark Rutte, who told him there was a list of recommendations developed after the Malaysian crash to try and make the skies less volatile for civilians. Trudeau said "I pledged at that moment with him" to implement those recommendations.

Canada created a joint working group of countries who also lost citizens when Ukraine International Airlines Flight PS752 was shot down in early January, a move that was part of implementing what Trudeau calls the "safer-skies initiative."

Trudeau's office has not yet provided further information about the recommendations or how the initiative would work.

Champagne is hosting a meeting of the joint working group in Munich on Saturday.

The plane was shot down hours after the Iranians launched missiles at Iraqi military bases housing U.S. soldiers, in retaliation for the U.S. killing a top Iranian general in a targeted drone strike in Baghdad the week before. While Iran initially denied a missile brought down the plane, it admitted three days after the crash that its military fired the missiles after thinking the plane was a hostile target.

Questions were immediately asked about why the plane was cleared for takeoff while tensions were so high.

"Millions of people board a plane every day, and they should not wonder whether they could become inadvertent targets," Trudeau said.

Canada continues to push Iran to complete a full investigation of the crash and is losing patience over Iran's reluctance to send the plane's black boxes to France so they can be analyzed.

Trudeau stepped into a meeting scheduled between Foreign Affairs Minister Francois-Philippe Champagne and Iranian Foreign Minister Mohammad Javad Zarif in Munich Friday, hoping it would help put some more pressure on Iran to admit it doesn't have the equipment to analyze the boxes itself.

"I made a promise to families in Canada to do everything I could to make sure that they get answers, that we have a full and complete investigation, that we understand exactly what happened," he said.

Trudeau's speech in Munich also delivered a sharp defence of the use of global organizations to solve some of the world's biggest problems.

The influence of multilateral organizations like NATO or the United Nations is under some threat, amid a rise of nationalism and protectionism around the world.

That defence was made as he continued to campaign for Canada's bid for a temporary seat on the United Nations Security Council, one of the world's most powerful multilateral organizations that has also seen its role and influence questioned in recent years.

He met with more than 20 world leaders over the last eight days in Ethiopia, Kuwait, Senegal and Germany, including on Friday the leaders of Niger, Albania, and Kazakhstan.

After the meeting with Zarif Friday, Champagne said he felt progress had been made to persuade Iran to relinquish the black boxes from the plane.

This report by The Canadian Press was first published Feb. 14, 2020.

Opposition promises new info on Trans Mountain costs
Feb 19, 2020 4:00 AM
Hereditary chiefs say they'll meet with ministers if RCMP get out
Feb 19, 2020 4:00 AM
Comments
We welcome your feedback and encourage you to share your thoughts on this story. We ask that you be respectful of others and their points of view, refrain from personal attacks and stay on topic. To learn about our commenting policies and how we moderate, please read our Community Guidelines.