Councillor wants to consider including monitoring devices in next year’s delineation budget.
May 3, 2021 9:54 AM By: Mehreen Shahid 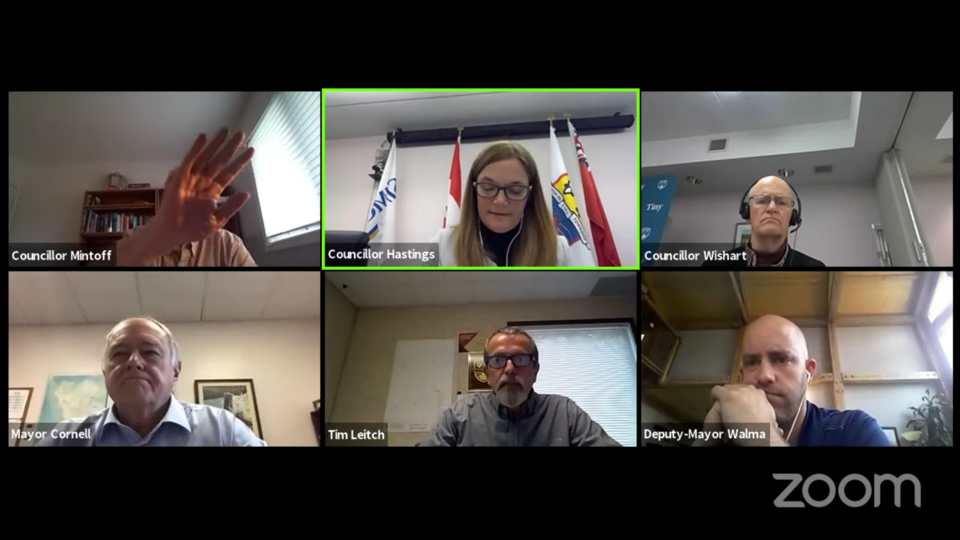 Tiny property owners will soon know their property limits as the township launches its delineation program in summer this year.

The areas to be dealt with are based on complaints staff have received across the municipality, he said.

“I know there are a lot of requests throughout the township,” said Leitch, adding there are about a total of 250 access points to public beaches, and that is why staff will request this be a repeat program. “We would appreciate the feedback from residents if there are concerns and we would build it into future programs.”

Coun. Gibb Wishart said he would like staff to consider some form of security system to ensure the posts put up by staff are not vandalized.

“I did throw in a comment earlier when we were looking at the list of things to do that we should have cameras to keep an eye on some of our delineations where we have issue,” he said. “I could show staff a location where they had so much trouble with delineation on private property with cameras, people would steal the cameras, so they had cameras watching the cameras. They also had a big eye showing that we are watching.

Leitch said staff could investigate the costs and maintenance of installing cameras to watch the delineation posts.

“We would (also) have to look at the legal aspects of what we can do with that information,” he added.

Wishart said it could be done on an as-needed basis.

Staff will begin by putting out a tender for a company to survey the proposed areas (if needed) and identify encroachments and identify how they should be dealt with, as well as recommend and prepare plans for the placement of the delineation posts.