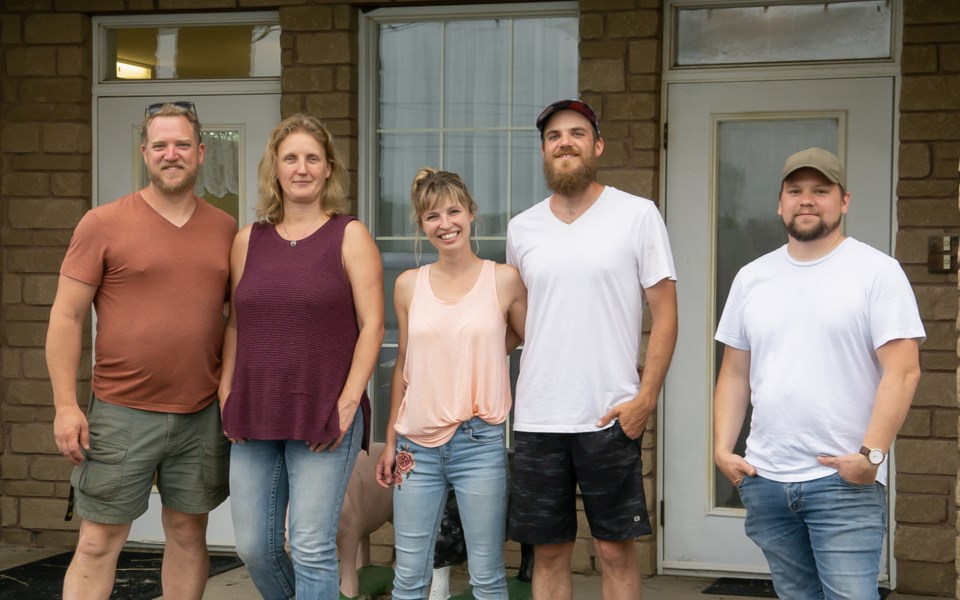 Area farmers have another option to get their produce and goods to market starting today.

Farm2Door, which began in late April as a predominantly ecommerce company, officially opens a retail outlet just outside of Perkinsfield on Balm Beach Road at 1 p.m.

“This is pretty exciting news,” said Farm2Door general manager Bart Nagel. “The opportunity was there and there's so much traffic on this road. We started doing deliveries out of this building in early June.

"The opening of this store means that we increase the accessibility of local food for local foodies and are increasing potential revenues for our suppliers, local farmers and producers.”
For the time being, the store will be open Tuesday, Thursday and Saturday from 10 a.m. to 5 p.m. and Friday from 1 to 7 p.m. with a maximum of 10 customers allowed inside the store and face masks required.

The company sprouted out of a collaboration between local farms BelleRoots Farm, Bulbs of Fire and tech partner Darkhorse Custom. Farm2Door has seen an incredible uptake in orders and deliveries of their local food service, offering products of around 35 local farmers and food producers.

Initially operating from Wendy B Fine Foods in Lafontaine, the new business quickly outgrew the startup phase and secured the former Mueller Sausage location as their homebase.

“It’s been really successful and we’ve grown steadily ever since,” Nagel said, adding opening the store was the next logical step after experiencing exponential growth since its modest beginning.

As well, Nagel said the company continues to tap into other markets beyond its Tiny Township operations base. As an example, he noted they now have a local food hub model in Orillia and hope to add service to both Colliingwood and Barrie later this year.

“We started out with around 10 (farmers and food producers) and now we have 36 in North Simcoe alone. In Orillia, we have about a dozen or so.”

Nagel said participating producers also benefit because they can get their product to market in a timely fashion.

“They don’t need to stand around at the farmer’s market where you have to set up, tear down and take all your unsold produce back home,” Nagel said, noting they’ve also expanded their workforce from five to 15 people. “Not bad for a company that’s three months old.

The Orillia webstore can be found here.

Community Editor Andrew Philips is a multiple award-winning journalist whose writing has appeared in some of the country’s most respected news outlets. Originally from Midland, Philips returned to the area from Québec City a decade ago
Read more

County, health unit join forces for #WearIt mask campaign
Aug 3, 2020 12:24 PM
Comments
We welcome your feedback and encourage you to share your thoughts. We ask that you be respectful of others and their points of view, refrain from personal attacks and stay on topic. To learn about our commenting policies and how we moderate, please read our Community Guidelines.