Staff to begin process by defining what constitutes a short-term rental in the municipal zoning bylaw to lay the ground work for a licensing bylaw to follow
Jan 14, 2021 9:54 AM By: Mehreen Shahid 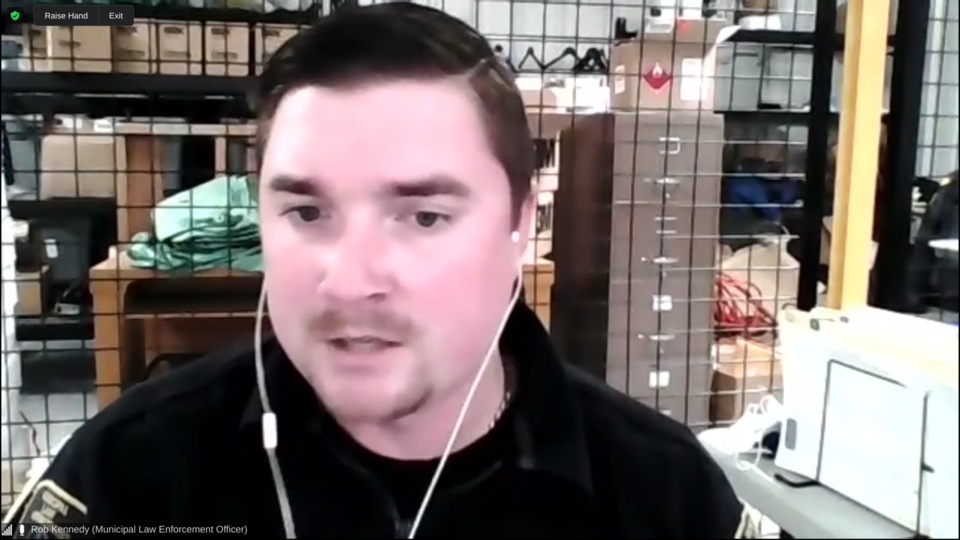 Tay councillors say they want to approach short-term rental (STR) regulation very carefully so a few "bad apples" don't end up spoiling it for the rest.

The word of caution came after staff presented survey results obtained from 34 out of the 74 STR operators and 176 out of 1,660 residents, some of whom live within 120 metres of an STR property.

The council committee had a number of questions around the survey results and the method staff was recommending to deal with the noise and parking issues that have been the main engines behind this move.

"You did mention there was an open-ended question at the end, but other questions also had some drop-down options," said Coun. Jeff Bumstead. "I'd like to see those answers at some point. I believe it would be valuable for the committee to see all that information that hasn't been included in this report."

"We reviewed the other questions but they're not a large part of the report at this time," she said.

Coun. Paul Raymond said the detailed responses could have been redacted for privacy when included in the report, but Mayor Ted Walker wasn't convinced redaction would help.

"It's very difficult to take comments that are received and try to edit them for anonymity and to release those publicly," he said. "because then you get into an anonymous letter situation that could make accusations."

Instead, Walker suggested members of council ask staff for copies of the comments to determine whether it would help them make a more informed decision.

Bumstead then asked about the ramifications of a zoning bylaw change.

"When the zoning bylaw is changed, any property that's been operating previously, could become legal non-conforming," he said. "Are we looking at a similar scenario down the road?"

"If they were legally operating, and the bylaw is changed, it would be considered legal non-conforming," he said. "The onus would be on the operator to provide evidence that they have been operating prior to the bylaw changing."

Coun. Barry Norris also had some questions around licensing.

"Out of the STRs that were surveyed, how many are registered business owners?" he asked.

That would be less than 10, said Kennedy.

"Does that constitute an actual running of a commercial enterprise?" asked Norris. "I would suggest if a residential property is being registered as that, is that not a business?"

Farquharson said staff could dig deeper and come back with an answer.

Walker asked if someone currently operating an STR in Tay Township would be contravening the municipal zoning bylaw.

"Right now," Farquharson said, "we classify them as an accessory-dwelling unit if they're living on the first floor and renting out the basement. There's nothing in the zoning that restricts people from renting out their entire property."

Norris then said he didn't agree with the need for zoning bylaw changes.

"The complaints you're getting are noise and parking, even passing a zoning bylaw, you don't curb that," he said. "The ignorance is that most people don't understand what they can and can't do on their properties in this township."

Norris was, however, in favour of staff's suggestion of introducing an administrative monetary penalty system, which does not proceed to a court of law but is instead dealt with by a council-appointed committee.

"If you send a bill to the owner, they're not making money after paying this fee," he said. "So that nips the problem in the bud."

Kennedy reminded all members that to have an STR bylaw, the municipality will need to first amend the zoning bylaw by defining the term extensively.

Council also raised concerns about differentiating between rules governing STRs in the rural and urban areas of the township.

"We don't have very many STRs in the rural areas," said Farquharson. "If there are any accommodations in that area, they fall under our existing bed and breakfast rules. The STRs tend to be the waterfront properties. That's something we can look at definitely. If the owners are living in the dwelling and providing meals to their tenants, then they're classified as a bed and breakfast."

What Kennedy wanted to focus on out of the survey results was the education aspect to ensure residents know to call bylaw for related complaints.

"We had 77% people say they didn't call us to complain," he said. "It kind of keeps in line with how we tell people to call us when they have a problem and they don't. We've been trying to educate people about how to contact us and what we can do, but they don't call us."

The second question concerning Kennedy related to the high number of responses from those who didn't feel municipal law enforcement was able to solve the problem for which they called.

"A high percentage said we weren't able to do that," he said. "It was because either they knew we weren't working, or people didn't know how to call us or people knew it would be a recurring issue. Some of the most common comments we saw were that people wanted bylaw officers to be on-call or on shift. A lot of people called the OPP because they didn't know bylaw could handle the issue."

After a robust discussion around the issue, committee of council gave staff the go-ahead to start the process around introducing an STR definition in the municipal zoning bylaw. Staff were also asked to bring back a revised report incorporating all council comments made Wednesday.