'Certainly as an historian and local resident, the idea that we might lose this ship is heartbreaking,' Port McNicoll man says
Jul 8, 2020 7:56 AM By: Andrew Philips 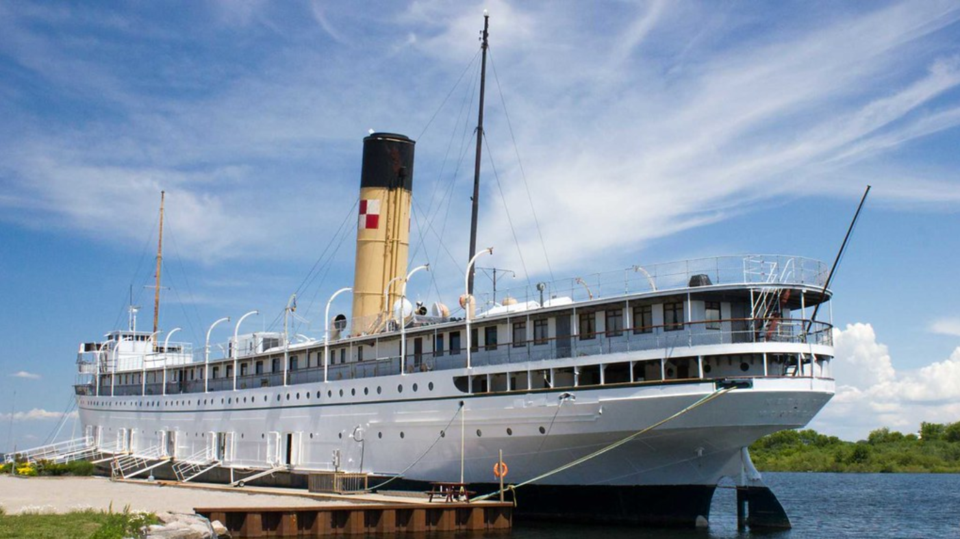 The SS Keewatin is currently housed in the water at Port McNicoll. Supplied photo.

A Port McNicoll man wants area residents to do their part to ensure an irreplaceable link to the past doesn’t float away.

Dan Travers has created a petition to try to keep the SS Keewatin in its home port after word spread that there’s an “imminent risk” Skyline Investments, which owns the Edwardian-era vessel, could move it from its Port McNicoll anchorage to a museum in Kingston.

“The loss of the ship would not only be detrimental to local history, but also a loss of opportunity for development and employment in North Simcoe,” said Travers, who hopes the petition found here gathers 5,000 signatures.

“The Keewatin is central to the revitalization of Port McNicoll, a town once considered ‘the Chicago of the North.’ Certainly as an historian and local resident, the idea that we might lose this ship is heartbreaking.”

Skyline spent "around $1-million" to bring the ship back to Port McNicoll in 2012.

With an estimated value of close to $48.7 million, the ship is considered one of the finest historic vessels anywhere on the planet and “the world’s last Edwardian passenger steamship, a remarkable working demonstration of the first half of the twentieth century, and contributor and link to the cementing of Confederation," Friends of Keewatin marketing and communications manager Wayne Coombes said.

Coombes’ group is also urging Tay Township to get actively involved in keeping the ship in its home port before it’s too late.

“What we are focusing on is exploring an option that had not previously been explored: making it possible for Skyline Investments to gift Keewatin to Simcoe County Museum and for her to continue to reside in Port McNicoll operating as an historical attraction.”

Built in Scotland, the vessel was launched on July 6, 1907, five years before the Titanic. It was retired in 1966 after spending almost 60 seasons transporting passengers on the Great Lakes.

According to Coombes, Port McNicoll only became a community in the early 1900s when Canadian Pacific moved its eastern Great Lakes ship fleet terminus there from Owen Sound.

“It was soon a bustling town, with an estimated 7,000 residents, a school, churches, stores, a theatre, a hotel and more at its peak,” Coombes said. “However, before the end of the century the population had shrunk to a few thousand and Port McNicoll had been reduced to the status of village within another municipality.”

Coombes said Skyline’s purchase and planned development of the property in 2005 (where the Keewatin's now docked) was generally welcome news with the ship serving as the project’s centrepiece when it arrived to great fanfare seven years later.

“If you find it hard enough to imagine the feeling of residents whose history as well as livelihood have been ripped out from under them, try to imagine having an iconic portion of it actually returned decades later,” he said.

“Regrettably, Skyline’s development did not evolve as planned, and stagnation continued. The school and church are gone now, and Keewatin’s future is in jeopardy. SS Keewatin should have been, and still could be, the foundation of a revitalized Port McNicoll.

“She is also the embodiment of the history of the community. People everywhere need to be able to see, touch and understand where their community comes from, and put it into perspective. It’s what makes a community… the shared history of place.”

Drive Test to hire additional examiners to address backlog of road tests
Oct 30, 2020 7:56 PM
Comments
We welcome your feedback and encourage you to share your thoughts. We ask that you be respectful of others and their points of view, refrain from personal attacks and stay on topic. To learn about our commenting policies and how we moderate, please read our Community Guidelines.