Waypoint counters that restraints and seclusion are only used when necessary 'to protect a patient, other patients, staff and/or others from the immediate risk of serious bodily harm and only as a last resort'
Oct 19, 2020 7:11 PM By: Marg. Bruineman 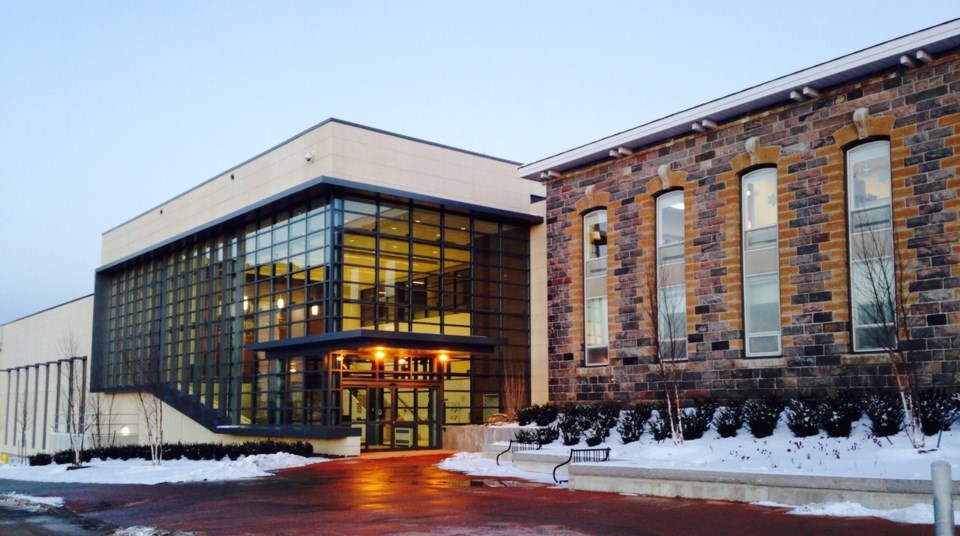 The province’s only maximum-security psychiatric facility is facing a proposed class-action lawsuit in excess of $200 million over its use of solitary confinement, segregation and seclusion.

The lawsuit, which hasn’t been certified by a court, accuses Penetanguishene’s Waypoint Centre for Mental Health Care of being liable in negligence, assault, battery, and breach of fiduciary duty to patients, and breach of their human rights.

“As a part of these programs, patients are confined in seclusion rooms, step-down rooms, or their own rooms for days, weeks, and sometimes months at a time, without receiving the minimum timeout and social stimuli required by widely recognized and accepted medical and international standards,” the lawsuit charges.

In a statement issued Monday, Waypoint officials said the allegations are untrue and deny that patients are confined or segregated.

Restraints and seclusion are used only when necessary “to protect a patient, other patients, staff and/or others from the immediate risk of serious bodily harm and only as a last resort,” the statement adds.

And it distinguishes between solitary confinement and seclusion, which is used for hospital patients who are “therapeutically engaged and assessed rigorously while in seclusion.”

The proposed class-action centres around representative plaintiff, Reuben Stolove, now 25, an involuntary patient who was admitted to Waypoint in December 2015, when he was deemed unfit to stand trial due to his mental disorder. He is still being held there.

Stolove is represented in the lawsuit by his litigation guardians, his father, Micha Stolove and his grandmother, Linda Hindrea.

Stolove, who was diagnosed with schizophrenia as a teenager and has experienced bouts of paranoia and auditory hallucinations, attacked a woman in Toronto in September 2015 during an acute schizophrenia episode. He was found not criminally responsible for the attack in August 2019.

Not long after his arrival at Waypoint, he was placed in solitary confinement, where he has been “subjected to prolonged periods” which the statement of claim says violates the standards, which include being allowed out for at least two hours daily and is not to exceed 15 consecutive days.

Stolove has had no meaningful social contact while in seclusion, the suit alleges.

“It’s a case that seeks to ensure that involuntary patients, particularly in a maximum secure psychiatric facility, are treated with the appropriate level of care and dignity that they are entitled to,” said lawyer Golnaz Nayerahmadi, who initiated the suit. “The fact that this is taking place in the context of a hospital obviously adds a new dimension and additional concerns.”

She said there are well-established standards on seclusion that are recognized by the medical community and the courts, but were not followed at Waypoint and that prolonged seclusion has been found to be harmful. The facility, Nayerahmadi added, currently routinely employs solitary confinement in its behaviour modification programs which are not properly monitored by psychiatrists.

She points out that there’s a difference between using solitary confinement in behaviour management programming, considered harmful, and its use for medical seclusion that is ordered and closely monitored by psychiatrists.

“Confinement of mentally ill patients for weeks and months at a time breaches every ethical, professional and legal standard and seriously harms vulnerable people,” Nayerahmadi said.

The lawsuit references Canadian and international protocols on confinement, seclusion and restraints.

Waypoint patients, often held there involuntarily, have been routinely subjected to solitary confinement “in violation of acceptable medical and ethical standards, including internationally recognized norms against torture and cruel, inhuman or degrading treatment or punishment,” the lawsuit alleges.

Solitary confinement and the use of restraints, it continues, is abused and has been used at Waypoint to punish and manage patients despite how it might harm the patients. The lawsuit also states it is inconsistent with medical treatment standards.

The United Nations Standard Minimum Rules for the Treatment of Prisoners, known as The Mandela Rules, prohibit any period of solitary confinement exceeding 15 days, even where the individual is provided with two hours of social contact per day.

The allegations further that confinement or seclusion as a form of constraint in the psychiatric setting is non-therapeutic and should only be used as a last resort — an approach it indicates is recognized by the Canadian Psychiatric Association.

The provincial government and two doctors at the former Oak Ridge division of the former Penetanguishene Mental Health Centre were found liable for subjecting patients to experimental treatment involving the use of LSD, alcohol and the collective confinement of naked men days on end between 1966 and 1983.

The hearing around damages, expected to be in the millions of dollars, is scheduled to be heard Nov. 23.

The lawsuit involving 28 patients, eight of them now dead, was originally launched 20 years ago. The doctors and the institutions have filed notices of appeal, although they are being held in abeyance until after the November hearing.

About the Author: Marg. Bruineman

Marg. Buineman is a Local Journalism Initiative reporter covering justice issues based out of BarrieToday. The LJI is funded by the government of Canada
Read more