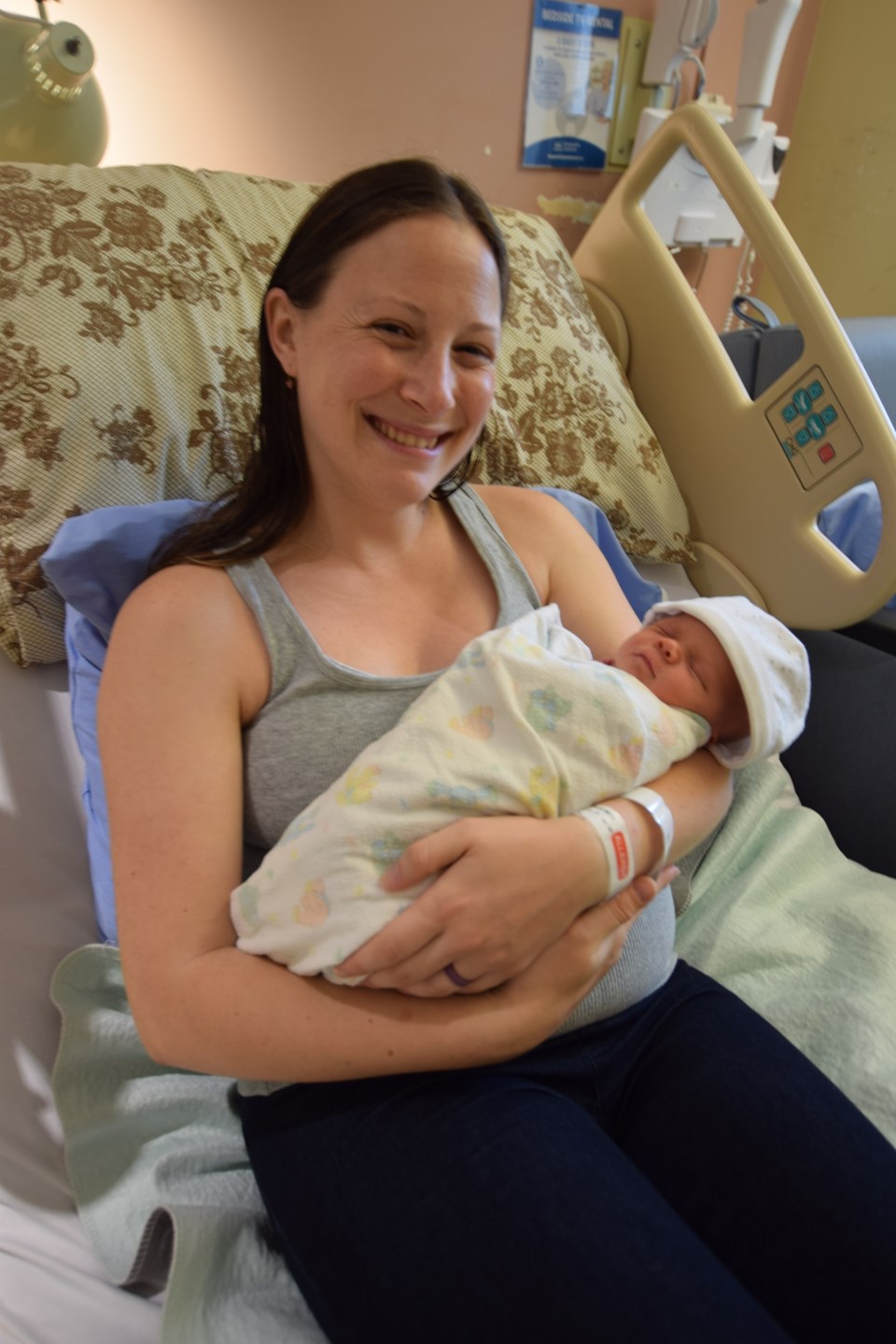 Constance Imrie with baby Glenn Paul Imrie – the 100th baby to be born since April at Georgian Bay General Hospital (GBGH). With a revitalized birthing program, GBGH was expecting to have 150 births this fiscal year, but is actually tracking to deliver nearly 180 babies. (Submitted)

Through the partnership, 150 babies have been delivered, to date, at GBGH during the last fiscal year (March 2019 - March 2020). It's expected that number will climb to 180 by the end of March, which is 30 more than originally predicted.

The partnership with OSMH officially started in 2017, she said. The project provides mothers with high-risk pregnancies a direct line with OSMH, which is capable of handling such births.

"The idea is to have a connection with a centre, whereby they will automatically take a call and your patient without question when things start getting complicated," said Perreault. "That's the innovation in this model. It's that smooth and already ironed out transition to OSMH that makes it such that the patient and the baby are never at risk."

The other innovative feature is that all of the practitioners work together and the nurses are trained and educated for the delivery, in the same way, she said.

"The pieces of equipment are the same; the standards of practise are the same," said Perreault.

The program has been made possible with collaborative funding allocated by the Local Health Integration Networks in 2017/2018, she said.

To introduce the program to the community, the hospital held an open house last year.

"It was very good," said Perreault. "We were pleasantly surprised by the number of people that came through. People came through that had already delivered here. They brought their children back and others were planning for their births here. They got to familiarize themselves with the surroundings."

“We just bought a house in Midland and we wanted to have our son in our home community,” said Constance Imrie, in a news release. “I can’t say enough positive things about our experience at GBGH. The care we received was amazing and even though our son had some mild complications after birth, the team worked so well together, and with OSMH, to assess the  situation and provide great, safe care.”

Perreault said even though there aren't specific numbers indicating how births have gone up at the hospital, "We have a sense that the birthing numbers have increased overall in the region, because OSMH is no longer doing the low-risk deliveries for Midland and area."

Tiny Township woman, 23, killed in two-vehicle crash
Apr 1, 2020 3:11 PM
Comments
We welcome your feedback and encourage you to share your thoughts on this story. We ask that you be respectful of others and their points of view, refrain from personal attacks and stay on topic. To learn about our commenting policies and how we moderate, please read our Community Guidelines.

Team Jordan is Here to Help