The conduct demonstrates a pattern of disregard; rather than demonstrating leadership and some restraint during challenging times, he (Cody Oschefski) is setting a tone that others may feel justified in following
Oct 2, 2020 1:44 PM By: Mehreen Shahid 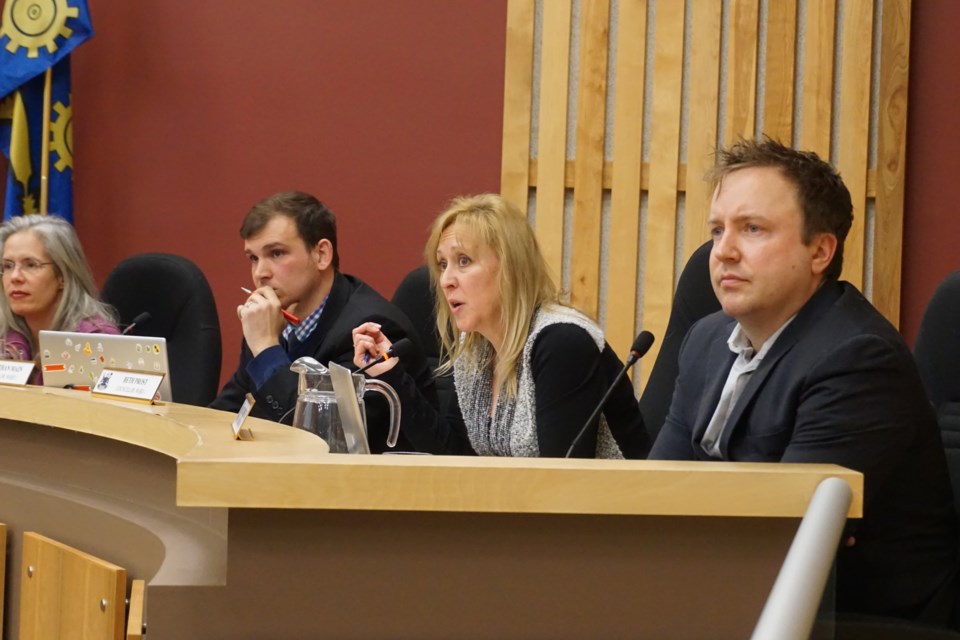 A Midland councillor stands his ground saying he did not break any public health rules by hosting parties during the pandemic.

The statement made by Coun. Cody Oschefski to MidlandToday comes in response to an integrity commissioner report that will be coming to council Wednesday.

The report talks about an investigation into Oschefski, who held at least five social gatherings at his Lakewood Drive residence, starting with one in April, two in June and two in August. The report alleges that his conduct breached the town's code of conduct provisions that require members of council to encourage respect for, and adhere to, municipal bylaws, policies and procedures.

It also found that those attending the gatherings failed to adhere to prevailing health protocols in effect under the Emergency Management and Civil Protection Act by not wearing masks and/or practise social distancing.

"The fact that physical distancing was largely ignored and, even when standing right next to each other guests were not wearing masks, demonstrates a disregard for the guidance issued by the Simcoe-Muskoka District Health Unit," the report states, noting that Oschefski told investigators that at one party there were two OPP officers, three teachers, a municipal bylaw officer, multiple nurses and a doctor in attendance.

"The public expects a higher standard from its leaders," says the report, which recommends the councillor be formally reprimanded. "The councillor’s approach to what is clearly a public health issue of the broadest impact does not meet that standard."

The report concludes that, as per the investigation, the allegations were borne out. The report says the issue is an important one, particularly as municipalities and communities continue to grapple with the restrictions of physical distancing.

"It is not necessary to find that a member of council broke the law in order to find that he has failed to encourage public respect for the law," it states. "The conduct demonstrates a pattern of disregard; rather than demonstrating leadership and some restraint during challenging times, he is setting a tone that others may feel justified in following.

Oschefski, however, said he is surprised by the report's findings.

The investigation, he said, started on Aug. 24, two days after the last gathering he held at his place for his mother's birthday.

"I didn't think this was going to be the finding," Oschefski told MidlandToday. "As it says in the report, I didn't break any rules or bylaws. The integrity commissioner was brought onboard to find out if I was following Midland bylaw specifically as set forward by council. And I didn't break any.

"I just thought it was pretty cut and dried. It didn't go the way I thought it would but it is what it is, I suppose."

Oschefski said he knew the reason for the complaint wasn't the fact that people had gathered at his place during the pandemic. In fact, he said, based on the photos used by the integrity commissioner, he could guess the complainant was someone living on his street.

"I don't know how much I'm allowed to say," said Oschefski talking about the complainant. "I know anything I do say will be used against me for another code of conduct violation or however they can spin it to make my life a little less comfortable."

What he could say, he added, was that there had been a falling out with the person he inferred was the complainant.

"For the last year or so, they've been proactively trying to make my life less comfortable," said Oschefski. "We spent a lot of time together. As the time went, we had our falling out. I guess they decided it was not enough to not be friends any longer, but that they wanted to actively make our life less comfortable."

To the extent, he said, he has spent thousands of dollars on a fence and bought a security system for his house.

"We've certainly taken measures," said Oschefski. "This isn't the first attempt to hurt us. They have made previous complaints to the town about us. It's really stressful."

The matter will be brought up for discussion at council Wednesday night, and before then, Mayor Stewart Strathearn said he couldn't really comment definitively on the situation.

"I haven't really had a chance to give it the thought it deserves," he said. "Fundamentally, councillors should be leading by example. It's in the code of conduct, specifically stated. And that applies to all councillors, not just this councillor."

When asked if the code of conduct was refreshed for councillors specifically with reference to pandemic rules, Strathearn said, that's why he needed think about the whole situation in depth.

"Clearly, the province sets the standard through the advice of the health unit and promulgates it through legisltation." he said. "As far as I know, even the Premier at one point was in violation of his own. In that regard I'd say Oschefski is in good company."

As for the report, Strathearn said, he didn't personally subscribe to the conclusion.

"I think it's a stretch what they're saying here," he said, adding, "It doesn't take a way from the general principle that councillors need to be held to a higher standard. We all signed it. I wouldn't argue with that. If that's their ruling, council will have to decide whether they agree with it or not.

"I think the application of the principle might be a bit of a reach, given he wasn't in violation from what I understand of the public health standards that were in effect at that time."

The meeting starts at 7 p.m. on Wednesday and will be streamed live on Rogers TV.

-with files from Andrew Philips