One idea would see the building of small huts with laundry and washroom facilities located nearby
Aug 7, 2020 9:54 AM By: Mehreen Shahid 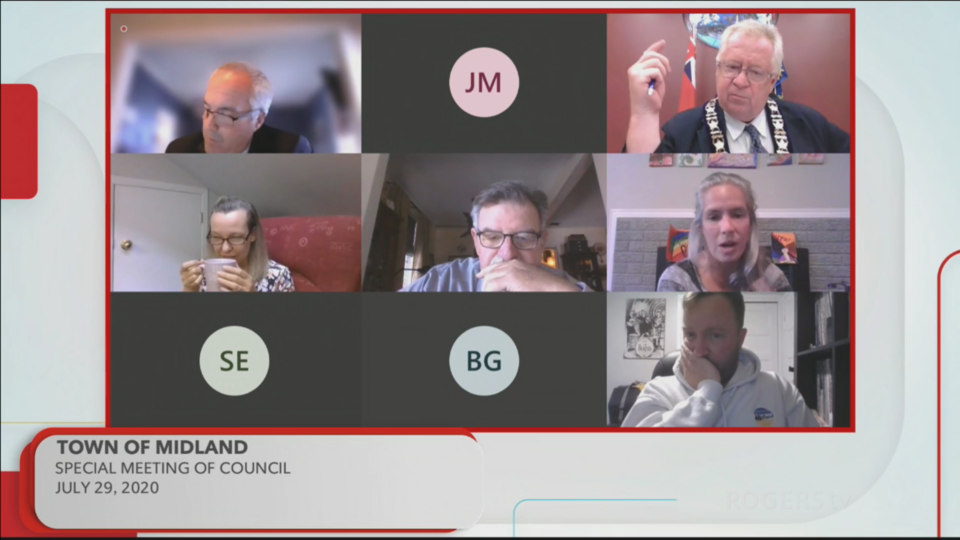 Council discussed at its last meeting what the town could do about social housing in Midland. Mehreen Shahid/MidlandToday

The Town of Midland wants to find non-traditional solutions to chronic homelessness.

A committee of council members was formed after discussion around the issue ensued at their most recent meeting. The move came out of a motion brought forward by Coun. Bill Gordon, who said the ideas will be taken to county or, if possible, seek private philanthropic support to implement. One of the ideas he brought forward was a tent-city initiative being implemented in the Kitchener-Waterloo area.

"I know it's not something county is doing right now," he said. "I don't want Midland to dismiss the fact that it's not a canned initiative from the county that we can subscribe to. The alternative is to do nothing and I'm not content to do that when there appear to be opportunities we could explore."

Gordon was referring to the A Better Tent City (ABTC) inititive currently underway in the southwestern Ontario municipalities.

Midland resident Harvey Mann reached out to Jeff Wilmer, one of the people behind ABTC, who shared some details with Mann.

The program gives homeless residents a willing host property owner - private or public or not-for-profit - for a period of at least two years. Individual or couple residents get an 8’x10’ cabin, with a lockable door and two windows, said Mann, adding, this serves as a secure place to sleep and store belongings.

A shared kitchen, showers, and laundry facilities are provided on-site. And the tent city gives the residents an opportunity to live as a community and be connected with support services (physical health, mental health, addiction counselling, etc.).

According to the documents that Mann shared with MidlandToday, each cabin costs approximately $3,000, including insulation and site preparation. Common facilities for toilets, shower and laundry can cost up to $25,000. Additional ongoing funding is also needed to enable improved support services to help people transform their lives and possibly transition to housing.

Council members were in support of forming a committee to look into this and other options.

"I appreciate the sentiment of this and Coun. Gordon bringing this up," said Coun. Cody Oschefski. "I support looking into these recommendations. I can support this if it's not going to drain staff resources and time."

Gordon said his intention in asking staff to do some research wasn't at the expense of other projects and that he would be happy to get things rolling by forming a committee and preparing the terms of reference.

"I just want to keep moving things forward. It's important to me that the community sees this is top of line," he said.

That is exactly what's needed to tackle such an issue, according to Mann.

"I think it will be very good for Midland if we have the right people in the position to keep the drive moving to completion," he said, adding that if ABTC was the way to go, it could become a community-wide initiative.

"This would be a perfect opportunity for the trades departments at both schools to work on the huts," he said. "I realize there would be experts needed to oversee the process, but the students could learn. What's a better hands-on situation than this? And they've invested in the community. We can also reach out to individuals and businesses to maybe get sponsorships for huts."

Coun. Jon Main, who was also in support of forming a committee to look at viable options, said the town should also look at other ideas to address the issue.

"Anything that we do in terms of housing units is going to fit under our housing-first philosophy, which is coming from the county," he said. "I love the idea of tiny homes and I've been following that for the last couple of years. Medicine Hat in Alberta put significant amounts of money into tiny homes and they were able to claim they've solved homelessness. It could be achieved here."

Main said working on solutions to homelessness takes many years and millions of dollar.

"And we know we just have to keep getting units, any shape and size, that are going to go towards the housing spectrum," he said. "Boarding rooms are also the low-hanging fruit that we've heard from past mayor McKay that could address emergency short-term housing needs. It's not about one solution, it's about all tools we can use."

In an update, Gordon said he had met with Councillors Beth Prost and Carole McGinn on Wednesday night to draft terms of reference for the committee. He added he hoped to get it on the September meeting agenda, if not for the meeting this month.