COLUMN: Is council brave enough to turn Unimin lands into a park?

'Everybody refers to Little Lake Park as the jewel of the town, but recent initiatives indicate that jewels can be pawned,' columnist says
Aug 17, 2020 9:30 AM By: Bill Molesworth 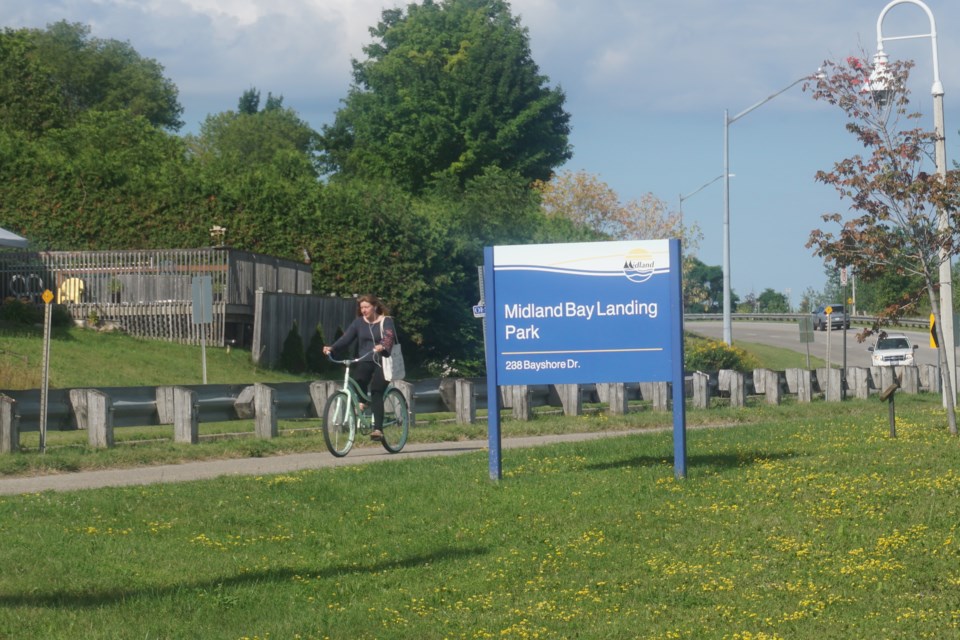 Columnist writes that Midland Bay Landing should be turned into a waterfront park. Andrew Philips/MidlandToday

It’s nice to see people expressing concern for Midland’s parks in recent letters to the editor.

A writer last week noted not only a lack of respect for our green spaces by visitors who leave garbage and beer bottles to despoil these valuable spaces but also a lack of effective clean up, and prior to that another suggested the Unimin lands should be devoted to parkland instead of development, with which I agree.

Perhaps COVID could go some way to explaining why garbage is not picked up in a timely manner, given the unusual circumstances people are now forced to work in, though there’s no excuse for not taking care of one’s own mess.

But the decision process behind Unimin falls to Midland councils, both past and present, and there’s no real accounting for what comes from that.

Earlier this year, I expressed concerns about what I referred to as the prostitution of Little Lake. Council had approved a weekend of what they call Watercross, but which is actually a high-decibel travesty of noise and pollution – snowmobiles on water – that was inflicted on the lake and on the park’s neighbours twice in recent memory.

As if this wasn’t enough, they approved an inflatable waterpark in Little Lake for 2020 that would privatize part of the beach and a section of the lake, increase noise and air pollution with piped-in music, more cars, generators to keep the attractions inflated, destroy the visual appeal of the area and on and on.

After my column appeared, I wrote a series of questions and sent them to each councillor, seeking more information on how the decisions to inflict these two excrescences on the unsuspecting population of Midland were arrived at and what benefits might be anticipated.

One member wrote back very nicely explaining that the recent arrival of COVID was the current focus. The Mayor conveyed in no uncertain terms that council had examined all aspects and that there was nothing left to discuss. I didn’t hear from any of the others.

It appears, however, that one aspect was not factored in. Water quality.

According to MidlandToday, the lake has been closed to swimming at least twice this year for quality and once for toxic algae. If these events had not been shut down by COVID, they would probably have been for health and safety reasons.

The lake has enjoyed a reprieve this year. Has council taken the opportunity to reconsider?

Considering that some of those who decided to build on part of Edgehill Park, a decision met with strong opposition by the public, were part of the decision to prostitute Little Lake, an idea that prompted a good deal of resistance, I would have to conclude that ‘reconsideration’ is not something that our council welcomes.

Which brings us to Unimin.

We own it. This is a good thing. A valuable piece of waterfront property close to the downtown was not allowed to fall into the hands of developers.

Congratulations to the council of the day. But then we end up looking at the plan to turn it into something developers would be perfectly happy with and we pause. Housing, roads, access to the water blocked by traffic, limited public space.

We don’t have to go far to see examples of waterfront property developed by communities to benefit their residents – Orillia and Barrie both have extensive stretches of parks accessing water that are popular attractions.

But Midland’s plan is to run a road, with space for parking, down the length of the property leaving a strip of waterfront land cut off from the rest of the property, which will be covered with buildings.

Speaking to a member of the committee that is charged with putting this plan into effect a couple of years ago I wondered why traffic was given such pre-eminence and the answer was, in part, that the topography of the property (a steep slope down from Bayshore Drive) required access to be created at both ends and, in part, that the plan was evolving.

When asked why it couldn’t evolve to reduce traffic the answer was people needed to get to their properties.

Complete the destruction of Edgehill Park by building the condos and stores and offices on the slope so everyone gets a view and turn Unimin into a park.

This would, of course, require reconsideration of accepted wisdom, which can be a struggle.

But, have we really examined the value of this piece of property to our community?

Has there been an environmental study? I know of sightings of endangered Blanding’s turtles on the property. Given the amount of building Midland has been experiencing – enjoying? – lately, do we need more housing or places where people living in townhouses or on small lots can go to stretch out on the grass?

When I read about conflict between cottagers and beach-goers or walkers on waterfront paths and homeowners I wonder if experiences in many other communities where people own property close to public access could teach us anything about how that might work?

Everybody refers to Little Lake Park as the jewel of the town, but recent initiatives indicate that jewels can be pawned.

The current plans for Unimin indicate that they can be sold outright. Let’s take a step back and reconsider.

Bill Molesworth is a retired CEO and chief librarian of both the Midland and Fredericton public libraries.