Experts and advocates say the long-standing issue should be seriously looked at as residents prepare for colder months during the pandemic
Nov 12, 2020 9:25 AM By: Canadian Press 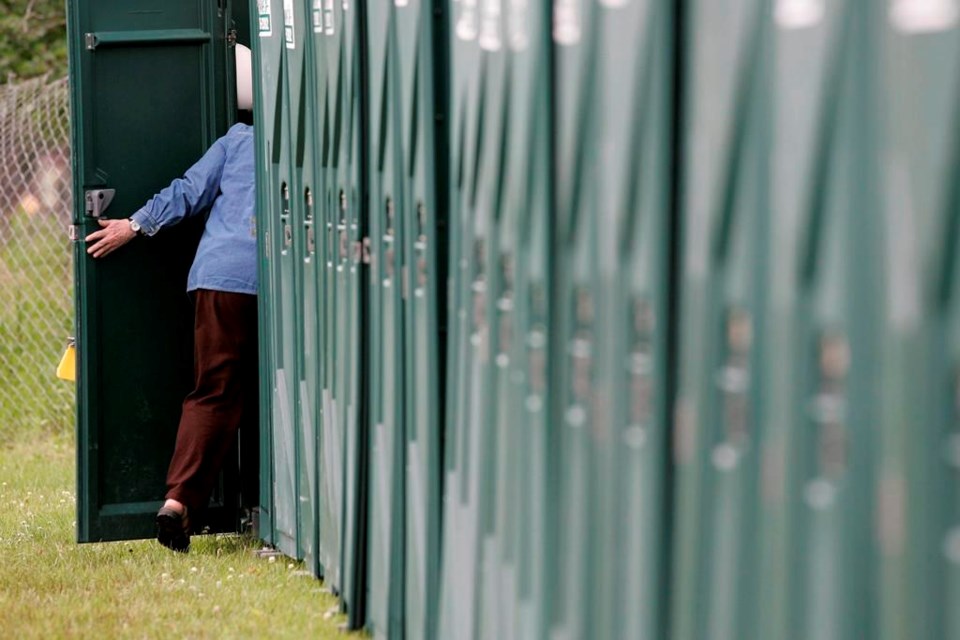 TORONTO — Looming winter weather as the pandemic progresses has forced Ontario municipalities to take a hard look at the lack public washrooms available during the colder months.

Toronto residents who flocked to city parks during a recent stretch of unseasonably warm days shared their dismay on social media this week when they encountered public washrooms that were closed for the winter.

Experts and advocates say the long-standing issue should be seriously looked at as residents prepare for colder months during the pandemic, when outdoor activities are encouraged to reduce the likelihood of transmitting COVID-19.

“The correct messaging, which we've been hearing, is that outdoor environments are much safer than indoor environments, said Dr. Isaac Bogoch, an infectious disease expert and researcher at Toronto General Hospital.

“To encourage people to go outside and spend time outside we have to do everything we can to make that easier, and part of making that easier includes having facilities like washrooms available.”

Many park washrooms in Toronto are seasonal because they weren't built for the winter, according to city officials. Water is turned off to avoid damage to the infrastructure from the cold, and turned back on in the spring.

The city’s website lists 17 facilities in parks that are open year-round, not including those open at outdoor ice rinks.

A city staff report on the possibility of winterizing washroom facilities is expected by the end of the month.

Mayor John Tory said Monday that it likely won’t be possible to winterize facilities between now and the cold winter weather, but the city is looking at the “maximum extent” that some could be kept open.

Tory said it wasn’t possible to predict the course of the virus when asked why washroom access wasn’t looked at over the warmer months, adding that a broader assessment of public access to washroom facilities in the city, not just during the pandemic, was probably overdue.

“I think that’s a discussion that was had before my time as mayor and perhaps it’s time to have it again,” Tory said.

Coun. Mike Layton introduced a motion last month asking for a staff report on what it would take to keep more facilities open. He said the cost could be in the millions.

“I'm not optimistic that a lot of this will happen quickly but I can be hopeful that the city can make the right decision to start going down this path, because ... the truth is, we should have winterized this stuff,” Layton said.

“I'm not sure why it took pandemic to bring to light the fact that we don't have anywhere you can go to the washroom in the wintertime.”

Bogoch said even if it’s too late to make infrastructure changes for the upcoming winter, there are other options such as using portable washrooms like port-a-potties for the time being.

“I think it's worth looking into that because that's a very creative, easy solution to encourage people to go outside,” he said.

St. Catharines, Ont., took that approach to fill the gap when it closed non-winterized facilities this month.

The municipality has installed temporary washrooms in areas where homeless residents have been unable to access public buildings due to the pandemic, and in some busy city parks.

In the meantime, Deputy Chief Administrative Officer David Oakes said St. Catharines is looking into self-cleaning washrooms that could be open year-round, as part of its capital budget process.

He said the pandemic has highlighted gaps within the system when it comes to public access to essential facilities like washrooms.

“We’re trying to address that through portable washrooms, but at the same time, how do we ensure that on a go-forward basis we’re trying to become a more pandemic-proof municipality," Oakes said by phone.

In Ottawa, the “GottaGo” campaign has written to Mayor Jim Watson asking that the city install stand-alone public toilets in strategic locations like parks and high pedestrian traffic locations.

Stephanie Taylor, a team member with the campaign, said stand-alone toilets have been offered in the winter before during the Ottawa Winterlude festival and suggested the city could install them again during the pandemic this winter.

“Public toilets are essential public health infrastructure. No matter the season,” Taylor said in an email. “Access to a public toilet is necessary for our individual and public health.”

Urban planner Derek Pokora created a map of resources in Toronto during COVID-19, including testing sites, drop-in shelters, and resources like washrooms and water fountains. He has updated the map to show changes in seasonal infrastructure in the city.

He said water and washroom access have been reduced during the pandemic, especially for people experiencing homelessness, as spaces like cafes and malls that used to offer warmth and access to washrooms are closed or frequented by police.

“A reduction in access to city infrastructure as winter approaches with the increased wants and needs for people to be outdoors this winter will culminate in increased demands on the city's water system,” Pokora said in an email.

“It is an issue that affects everyone and is one that requires serious attention.”

This report by The Canadian Press was first published Nov. 10, 2020.

BEYOND LOCAL: The language we choose when we talk about substance use matters
Jan 16, 2021 8:55 PM