Deadly COVID-19 outbreak at Waypoint appears to be subsiding

Since the outbreak began at the Penetanguishene facility’s Horizon program, there have been 10 confirmed positive patient and 15 positive staff cases as well as seven deaths
Feb 23, 2021 7:29 AM By: Andrew Philips 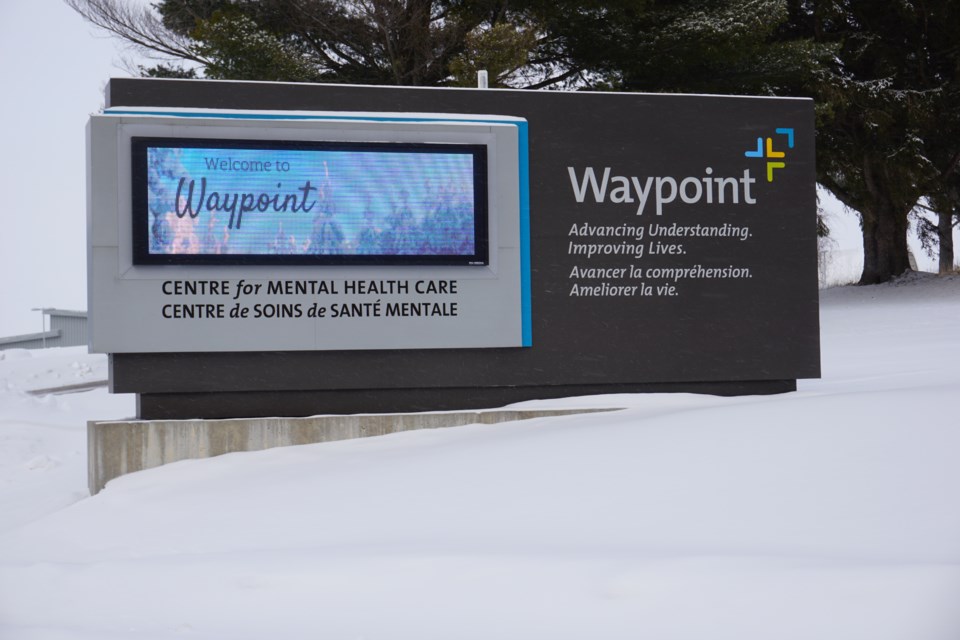 The number of positive COVID-19 cases related to an outbreak at Waypoint Centre for Mental Health Care remains unchanged from last Monday.

The outbreak at the Penetanguishene facility’s Horizon Program that’s linked to a COVID-19 variant of concern includes 10 confirmed positive patient and 15 positive staff cases. There have also been seven deaths on the unit that’s home to geriatric inpatients.

Waypoint declared a COVID-19 outbreak on the Horizon Program for geriatric psychiatry that's located in the Bayfield Building Jan. 22 in consultation with the Simcoe Muskoka District Health Unit.

"The Simcoe Muskoka District Health Unit is responsible for declaring the outbreak over when their assessment reasonably assures there has been no transmission for 14 days," Waypoint spokeswoman Kristi Lalonde said.

As for the vaccine, Lalonde said patient and staff vaccines have been continuing.

"Our Horizon Program patients and a small number of other patients who are considered as alternate level of care and waiting to be discharged have received both doses," Lalonde said. "We are continuing to advocate for all Waypoint patients to be vaccinated."

As well, Lalonde noted more than half of Waypoint staff have now received both doses and some additional staff, including those on the Horizon Program are starting to be scheduled for their first dose through the immunization clinic in Barrie, which is a joint RVH/health unit endeavour.

"They are leading the rollout including the next phase for dose one, which includes patient-facing hospital staff and those directly involved in the COVID response as part of the current priority group."

A previous outbreak at the hospital's Awenda Program (forensic units) outbreak was contained to two patients and one staff testing positive. It was declared over Jan. 23.

The Horizon Program is closed to transfers unless for emergency medical reasons until the outbreak is over. The hospital remains open for admissions to our Swing Unit (isolation unit) and all other clinical programs are continuing activities.

"We are managing the Horizon Program outbreak with the highest priority and our team is working closely with the Simcoe Muskoka District Health Unit," a release on the hospital's website stated.

"As previously communicated, the B.1.1.7 variant has been confirmed in the outbreak and all safety precautions remain in place as per Public Health guidance. We are so appreciative of our team of expert staff as they continue to provide compassionate care for our patients and support families and each other during this difficult time."